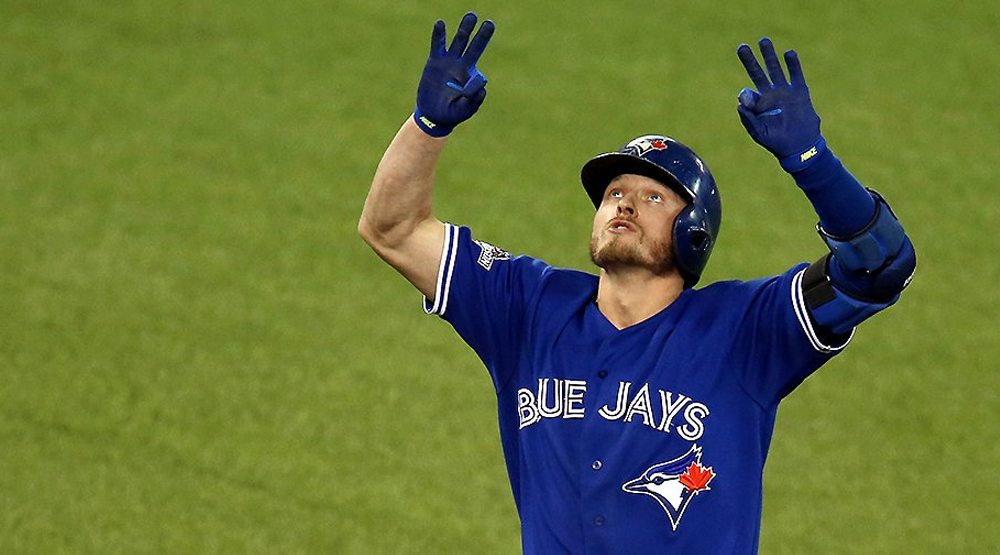 Of all the ways for Josh Donaldson’s tenure in Toronto to come to an end, could anyone have foreseen what eventually went down? Out of every possible scenario, did the Blue Jays ever predict they’d deal him in a last-minute mystery-shrouded deal at the August 31st trade deadline?

Things could’ve played out much differently for the Bringer of Rain. In some alternate timeline, maybe he’s still a Blue Jay. Heck, in that alternate reality, maybe he’s a Blue Jay long term. Yet, it’s a tortuous “what if” game to play when it comes to Donaldson and the Blue Jays.

The latest reminder of that came from a report from USA Today’s Bob Nightengale, who suggests the Blue Jays rejected a much better trade offer from the St. Louis Cardinals last offseason.

The greatest thing to happen to the #Stlcards was the #Bluejays’ rejection of the Cards’ trade proposal this winter for Josh Donaldson. They offered two players, a Jays official said, that included rookie of year candidate Jack Flaherty. The Jays turned it down.

In hindsight, that’s a deal the Blue Jays should’ve made. Jack Flaherty instantly becomes the Blue Jays’ best starter this year with his impressive numbers as a rookie: a 2.27 ERA with 168 strikeouts in 25 starts.

In order to play that game, you have to factor every extenuating circumstance for why the Blue Jays didn’t pull the trigger on a trade like that.

First at foremost, the Blue Jays were attempting to field a pseudo-competitive team in 2018. Subtracting Josh Donaldson from that equation – regardless of the return – makes the Jays a worse team on paper. Even with all the question marks surrounding the club, if everything broke right, they forecasted as an 85-win team.

In reality, everything broke wrong while key members of the roster flat-out broke down. Their third baseman’s three-month absence was a large part of the Blue Jays’ struggles. As were the injuries to Aaron Sanchez and Marcus Stroman, in addition to Roberto Osuna’s transgressions.

These are four players who combined to produce 3.4 WAR for the Blue Jays in 2018. Last year, that group provided 11.3 WAR, and that factors in an injury-shortened season for Donaldson and a lost season for Sanchez.

Even if things went south for the Blue Jays in 2018, at the very least, they could’ve expected to get a decent haul at the trade deadline for a healthy Donaldson. The Baltimore Orioles netted five prospects from the Los Angeles Dodgers for Manny Machado, which is a comparable package for a player of Donaldson’s ilk.

What Blue Jays GM Ross Atkins may not have anticipated was how Donaldson’s nagging injuries would sideline him most of the season. That torpedoed any trade value he accumulated last year, which explains why the Blue Jays received a paltry return from the Cleveland Indians.

In retrospect, that trade with the Cardinals is exactly what the Blue Jays need right now. A stud 22-year-old right-handed starter under team control for six or more seasons. As enticing a prospect as Flaherty is, he may not have been what the Blue Jays desperately needed last offseason.

What they truly needed was one last shot at contention with their All-Star third baseman. Unfortunately, the Blue Jays gambled and lost. Knowing what we know now, of course the Blue Jays would’ve signed off on that deal with the Cardinals. But back then, JD was much more valuable in a Blue Jays uniform than he was as a trade chip.

The Jays unofficially began their rebuild mid-season this year, but trading Donaldson would’ve jump-started that rebuild back in November or December, which the front office may not have been prepared to do.

Despite a subpar 2017 season, the Jays posted the best attendance of any American League club team. It was in the front office’s best interest to keep that momentum going into the 2018 season, even if the Goliaths of the AL East were looming in the foreground. Pulling the plug in the midst of a miserable season is easier to sell to a fan base than blowing the team up in the offseason.

Flaherty would’ve been a really nice piece for the team’s future, but it’s easy for fans to drive themselves crazy about how things should’ve shaped up much better for the Blue Jays this year.