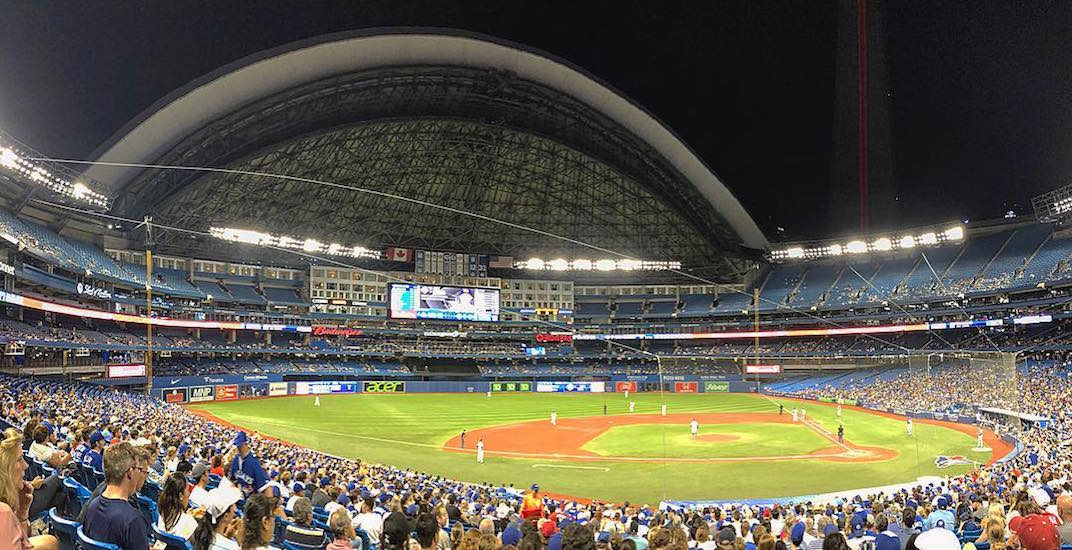 For less than the price of a beer at the ballpark, you can buy a premium ticket to a Toronto Blue Jays game this week.

If you’ve ever wanted to sit in the 100 Level at the Rogers Centre, this is the week to upgrade your seat. Ticket prices have plummeted to the point where it costs less than $10 for a seat to the Blue Jays’ current homestand.

Ten dollars isn’t enough to get you a tallboy at the Rogers Centre, but it’s more than enough to buy a seat in a section close to the Blue Jays’ dugout.

Tickets, which typically go for around $70 CAD, are currently listed on secondary ticket market sites like StubHub (which lists prices in US dollars) for less than $10 CAD per ticket for a Field Level Bases seat.

For comparison, this is what 500 Level tickets were going for back in September of 2016 at the height of the Blue Jays’ late-season playoff race; $45 per seat in the upper deck.

For $35 less this year, you can sit comfortably in the 100 Level at a Blue Jays game. There’s a big tradeoff, though; this year’s Blue Jays team is nowhere close to resembling a playoff team. That 2016 team at least occupied one of the Wild Card spots.

A number of factors have led to the plummet in prices for a secondary market Blue Jays ticket. Tonight’s opponent, the Tampa Bay Rays, isn’t exactly a marquee team. Weeknight series typically don’t draw very well and kids are back in school this week too. It’s the perfect storm for a huge dip in attendance at the dome.

The biggest reason why Blue Jays fans aren’t filling the stands though, is the sub-par product on the field. The Blue Jays currently own the sixth-worst record in the American League. Meanwhile, the AL playoff picture is pretty much wrapped up already. The Jays and Rays aren’t playing for very much this series.

Attendance has dropped significantly for the Blue Jays year-over-year. This season, they’re averaging 29,800 fans per home game. By comparison, they had the second-best average attendance in the American League last year, averaging 39,554 fans per home game and boasting the AL’s best overall attendance. That’s an attendance drop of close to 10,000 fans per game in 2018 compared to 2017.

If you’ve ever wanted to treat yourself to some premium Blue Jays tickets, it’s never been cheaper. For less than $50 CAD, a family of four can sit down to watch the Jays with an excellent vantage point of the on-field action.

Given how poorly the Blue Jays have played this year, there may not be much action, but at least you’ll be close to it.