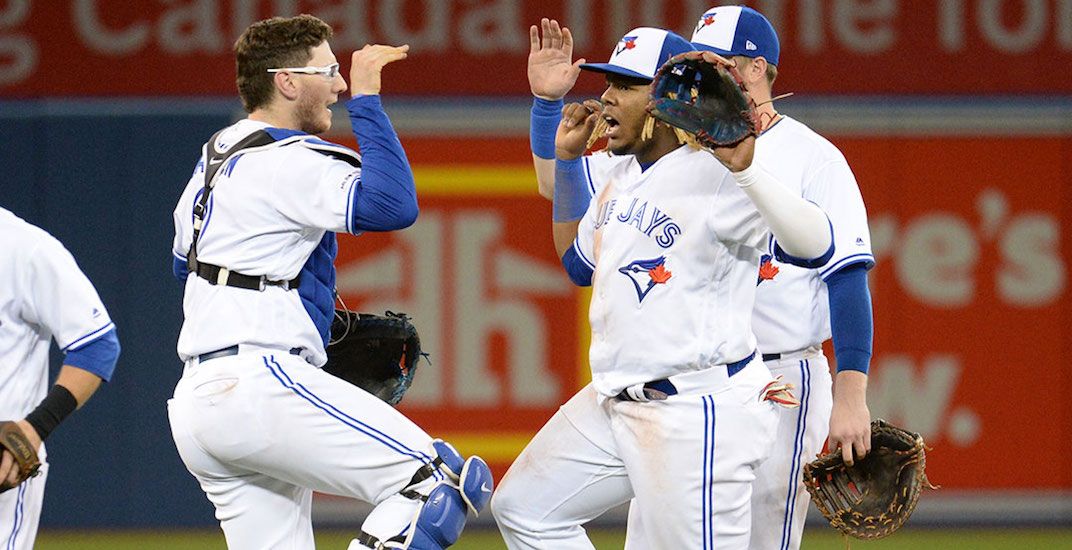 Toronto Blue Jays fans hoping to settle in and watch Tuesday’s game won’t find their beloved bluebirds on traditional TV. Instead of Sportsnet, Tuesday’s tilt between the Blue Jays and Cleveland Indians will be found on YouTube instead.

It’s the second game to be featured as part of the MLB Game of the Week on YouTube. Major League Baseball will carry 13 live stream broadcasts this season available in Canada, the United States, and Puerto Rico.

Unlike past Facebook-only games, this YouTube broadcast is fairly accessible and streamable on your television. A YouTube account isn’t required to watch; fans simply have to visit the YouTube MLB channel starting at 6:30 pm ET / 3:30 pm PT to catch the pre-game show, with the game starting at 7 pm ET / 4 pm PT online.

If you have a YouTube account, you can set a reminder on the video below so you don’t miss first pitch on Tuesday.

Most people have smart TV’s today with built-in YouTube apps or devices like Chromecast and Roku, which makes it easy to bring up the Blue Jays game on Tuesday evening.

Last Thursday, MLB kicked off the first MLB Game of the Week Live with a contest between the Los Angeles Dodgers and Philadelphia Phillies that produced over 2 million views.

It’s a minor inconvenience compared to those Facebook-only games, but for Blue Jays fans watching in Canada, it’s only a one-time occurrence during the regular season.

For those who prefer the radio call, Tuesday’s game will be broadcasted as usual across Canada on the Sportsnet Radio Network.

Just in case you sit down on your couch on Tuesday night to catch the Blue Jays game, remember to fire up your TV’s Youtube app instead.