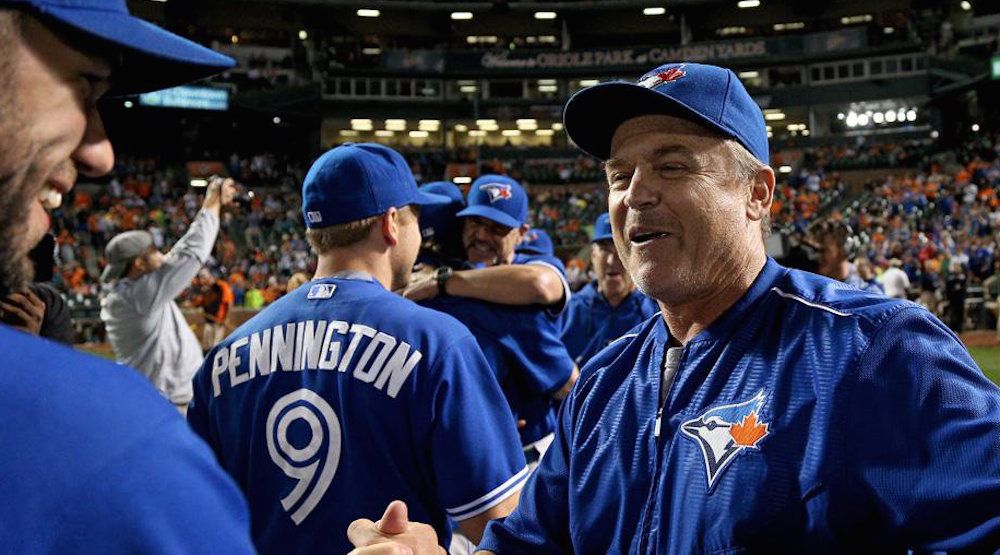 The longtime Blue Jays manager likely won’t be back with the team next season, MLB insider Jon Heyman reports. In fact, it’s 99.9% done, according to Heyman’s source.

This should come as no surprise.

Gibbons oversaw two consecutive ALCS appearances with the Jays, but there’s a shelf life for every manager. Things have gone off the rails the last two seasons, to the point that the Blue Jays have begun a full-scale rebuild.

“Maybe they would benefit from getting a new fresh face that could grow with the young players. I’m not so sure I want to go through one of those things – a total rebuild,” Gibbons said, when pressed about the issue on MLB Network last month.

With just one year left on his contract and the Blue Jays 20 games back from a playoff spot, the writing is on the wall and everybody knows it.

Manager of the Blue Jays from 2004 to 2008, Gibbons returned to the organization in 2013. Under his leadership, the team provided some of the greatest memories in franchise history during the 2015 and 2016 postseasons.

Only Cito Gaston has managed the Blue Jays longer and won more games than Gibbons, who has compiled an 873-776 record in 11 seasons in charge.