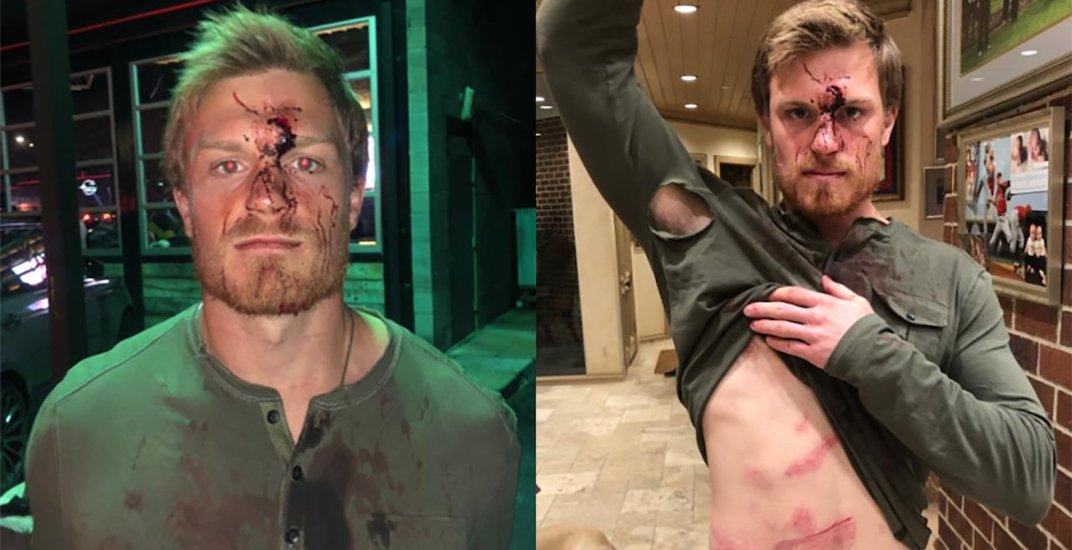 A Houston bar is being sued after a pair of minor league baseball players were assaulted, according to details of a lawsuit reported on by KPRC.

Blue Jays prospect Kacy Clemens and friend Conner Capel, who plays in the St Louis Cardinals’ minor league system, were both allegedly beaten up by bouncers at Concrete Cowboy on New Year’s Eve.

Clemens, who is a former Vancouver Canadians first baseman and the son of former MLB pitcher Roger Clemens, alleges that injuries he suffered have affected his throwing arm.

“Kacy has not started throwing with that arm as of yet to see if he has the same velocity and accuracy,” lawyer Randy Sorrels said.

Sorrels alleges that Capel (pictured above) suffered a fractured skull and will need to visit a neurologist annually for the next five years because of it.

Police found no evidence that Clemens or Capel were intoxicated, the lawsuit says, while one of the bouncers was arrested for assault.

“We think that Kacy and Conner have been completely vindicated of any wrongdoing. The bouncer on the other hand, the whole culture of that club need to be found guilty,” Sorrels said, adding that Capel was struck several times with a flashlight, leading to his fractured skull.

Clemens began his pro career in short-season Single-A with the Vancouver Canadians in 2017, helping them win a Northwest League championship. He split last season with Single-A teams in Lansing and Dunedin.