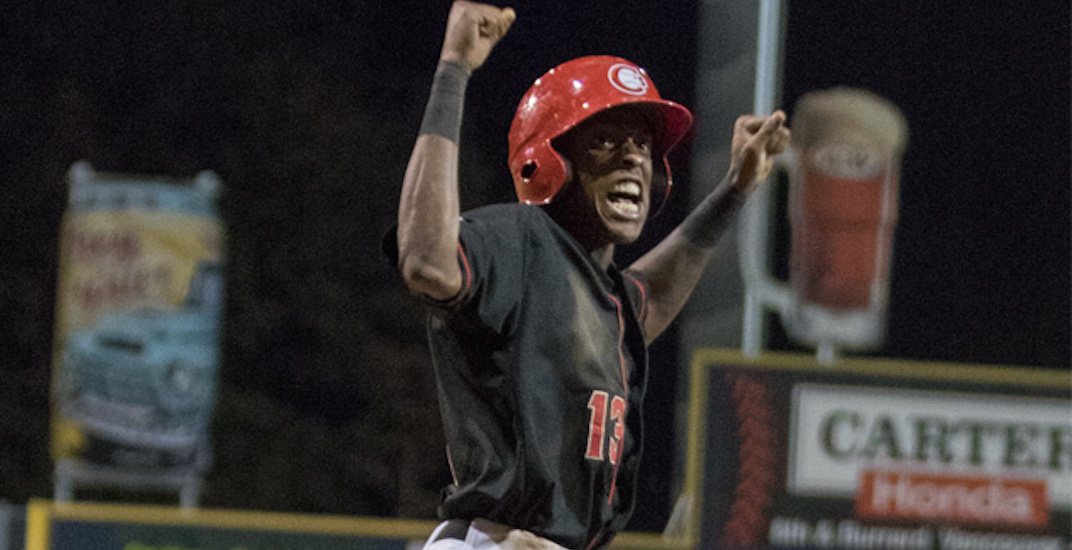 Welcome to Vancouver, city of champion.

We have one, at least.

The Vancouver Canadians captured the Northwest League championship after a 2-1 win over the Eugene Emeralds in front of 5,288 people at Nat Bailey Stadium on Tuesday. The C’s took the best-of-five championship series 3-1.

It’s the first title for the Canadians since 2013. Vancouver has now won four championships in seven years since becoming a Single-A affiliate of the Toronto Blue Jays.

The game didn’t start off particularly promising for the C’s, who gave up a solo home run to Eugene’s Michael Cruz in the fourth inning to fall behind by one. They would have fell behind by two in the next inning, were it not for a dramatic play at the plate, resulting in an out for Vancouver.

The Canadians didn’t record a hit until the fifth inning, but once they did, they made it count.

Deiferson Barreto walked, before Reggie Pruitt singled to break up the no hitter. That set the stage for Logan Warmoth, a 2017 Blue Jays first round draft pick, whose single scored two runs.

The Canadians locked it down from there, cruising to victory.

Pitcher William Ouellette recorded the final out on a called strike three.

The Canadians were the class of the Northwest League in 2017, on the field and off. They had the league’s best record, and set an attendance record. In the postseason, Vancouver won five of six games, including all four games at Nat Bailey Stadium.