That’s likely how Toronto Blue Jays fans reacted to Jonathan Davis’ ridiculous catch in Tampa Bay on Wednesday. That expletive was actually uttered by Blue Jays starter Trent Thornton, who was in complete disbelief by what his centre fielder had just done; committed total larceny in the outfield.

Not only is this a Blue Jays catch of the year candidate, but it’s worthy of a “defensive play of the year” nomination.

Davis Saves It 😳@3_JonathanDavis went ALL OUT for this catch! pic.twitter.com/PpT66nGQa5

Davis saved two runs by robbing Avisail Garcia of this extra-base hit in the deepest part of the outfield at Tropicana Field, 400 feet to left-centre field. The degree of difficulty on this play was extremely high, given how far he had to run and how quickly Davis had to get there.

In true Kevin Pillar fashion, Davis dove the last few feet and came up with an insane catch. Per MLB Statcast, Davis posted a footspeed of 28.3 feet per second to come up with this catch.

Pitchers are always appreciative when their outfielders pick them up and Thornton’s reaction here was priceless.

The best part about Jonathan Davis' catch might be Trent Thornton's reaction. pic.twitter.com/sCAzPODhWR

This is the look of a man who cannot believe what he’s just seen. 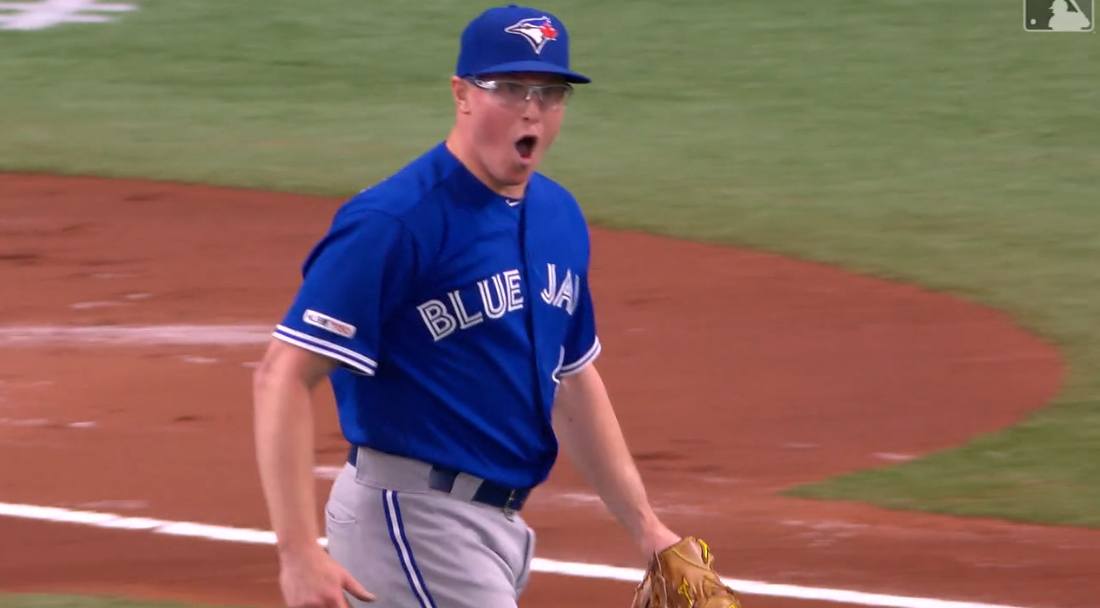 Pillar was one to provide his own highlight reel plays, but if Davis keeps hauling in plays like this, Superman’s lingering presence in the Blue Jays outfield won’t be felt anymore.