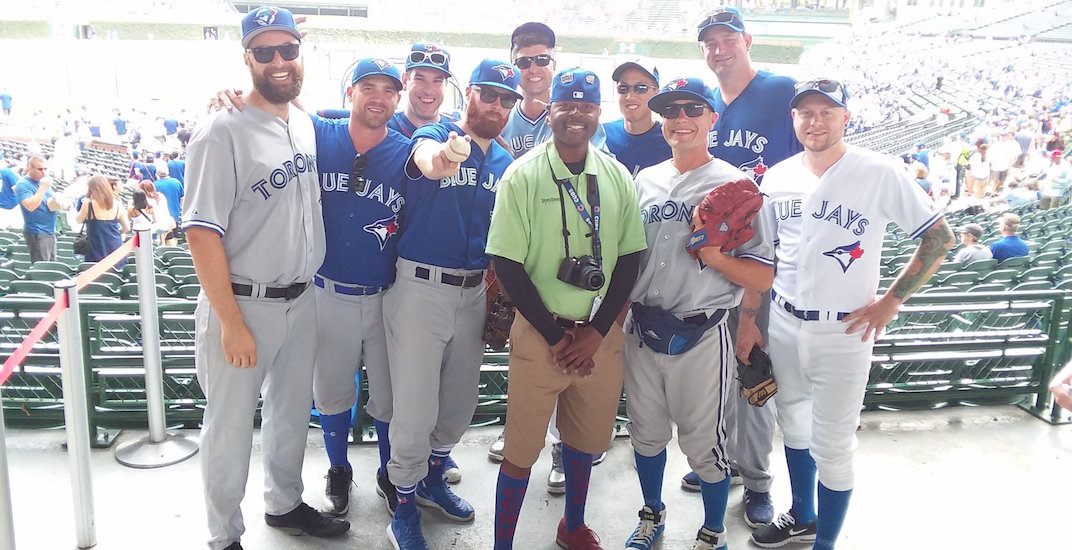 It had been a long time since the Blue Jays had visited Wrigley Field.

The Jays, an American League team, don’t play Chicago’s National League team very often. As such, Friday was their first visit to the 101-year-old ballpark since 2005.

Blue Jays fans come from all over Canada, and they travel well, as we’ve seen in recent years at road games in Seattle. So you know they weren’t going to let this opportunity pass them by. A weekend series against the Cubs, the reigning World Series champions, at Wrigley Field?

And a day game, no less?

They came prepared, in large numbers, and they were loud.

At 8:45 am on Friday outside Wrigley Field #BlueJays fans patiently wait for the beer stands to open. pic.twitter.com/bn1C6OkgwW

I mean, they were ready at breakfast.

The Blue Jays don’t come here often and neither do we but when we do Canada shows up in typical fashion. Jays fans everywhere. #letsgobluejays

So excited to visit ballpark #17 on my list: Wrigley Field! 💙⚾️

Quick stop at the iconic Wrigley Field for @bluejays fans @devinmcdonald_30 @emps7 & @erikpete27 . On their way back to @SUNYGeneseo from Western 🇨🇦. #safetravelsboys

The current scene at Wrigley Field.

They were even loud at batting practice.

Friday pinned in the windy city

3 blondes and a brunette walk in to Wrigley (along with 10000 other Bluejays fans)…. 💕⚾️ #letsgobluejays #jaystrip2017 #cousins

Canadians being ICE COLD to their bachelors!! Take off you hoser! 🇨🇦⚾️

1st time the Blue Jays have been @ Wrigley Field in over 12 years, the second-longest gap by an opposing team in the MLB. I’m so thankful to be here and pumped for an amazing weekend of baseball! Go Jays! . . .#thefriendlyconfines #wrigleyfield #morethanagame #bluejays #cubs #ladiesofEVBL #EVBL2017 #imnotcrying #yourecrying #shutup #baseball #canadiansabroad

Though their team lost the game 7-4, Blue Jays fans did get a thrill in the eighth inning when Toronto scored three runs to narrow the score to 5-4.

Lots of jays fans at Wrigley

Expect an equally enthusiastic Blue Jays fanbase at Wrigley again on Saturday, when they take on Chicago in Game 2 of their three-game series.