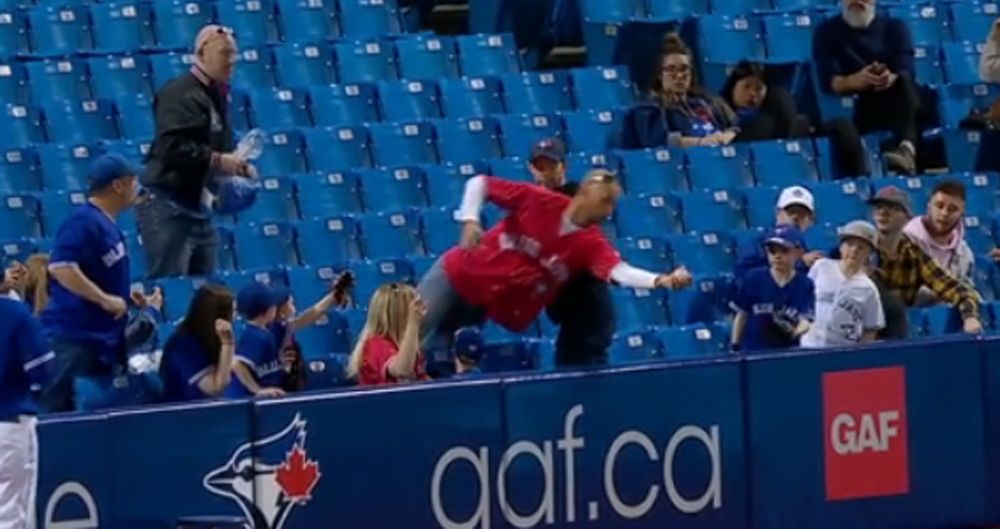 Kevin Pillar doesn’t play for the Blue Jays anymore, but one of his fans made a superhuman catch in foul territory during Saturday’s Blue Jays-White Sox game.

With the Blue Jays down 7-1 in the top of the ninth inning and a foul ball headed in his direction, this fan stopped at nothing to haul in this baseball. He made a Pillar-esque dive and catch to preserve a foul ball from going back onto the field.

Shoutout to this Jays fan for making the catch of the week. Get this man a Gold Glove. pic.twitter.com/xSMojTeu4o

Let’s appreciate this feat of athleticism for a few reasons. The ball was totally headed in his direction before another fan intercepted it with his glove. Ordinarily, this is where 99 percent of fans give up on a foul ball and sit back down. Not this guy.

With the baseball bouncing back onto the field, he did only what any crazed fan would and threw his body towards the ball, come hell or high water. This man leapt in the air like a mighty salmon swimming upstream.

Considering how poorly Blue Jays left fielders have played this season, maybe this fan could slot in for a few games and contribute with his Gold Glove-calibre defense?

This guy then had the wherewithal to barehand the ball mid-air, bounce off the railing, make a perfect dismount onto the field and land gingerly on his feet. Are we sure this play wasn’t staged?

And to top it all off, he gets high style points for how his sunglasses slid forward and landed perfectly on his face as he stood up on the field.

Hey, is that Pitbull? Mr. Worldwide! 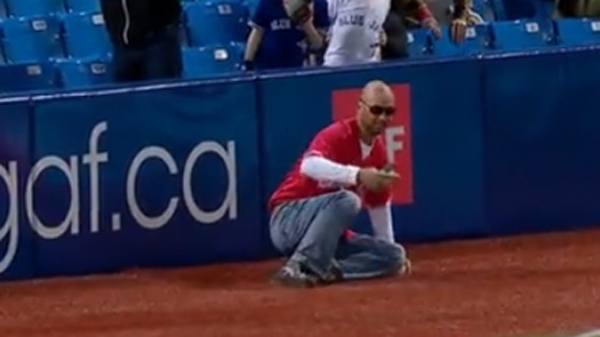 For his trouble, this man was promptly escorted out of the Blue Jays game because fans aren’t permitted to be on the field (whether intentional or as a side affect of making a highlight reel catch). The game was basically over at this point, so he didn’t miss much.

Kudos to this man for making one of the most hilariously stylish catches you’ll ever see in the stands at a Blue Jays game.