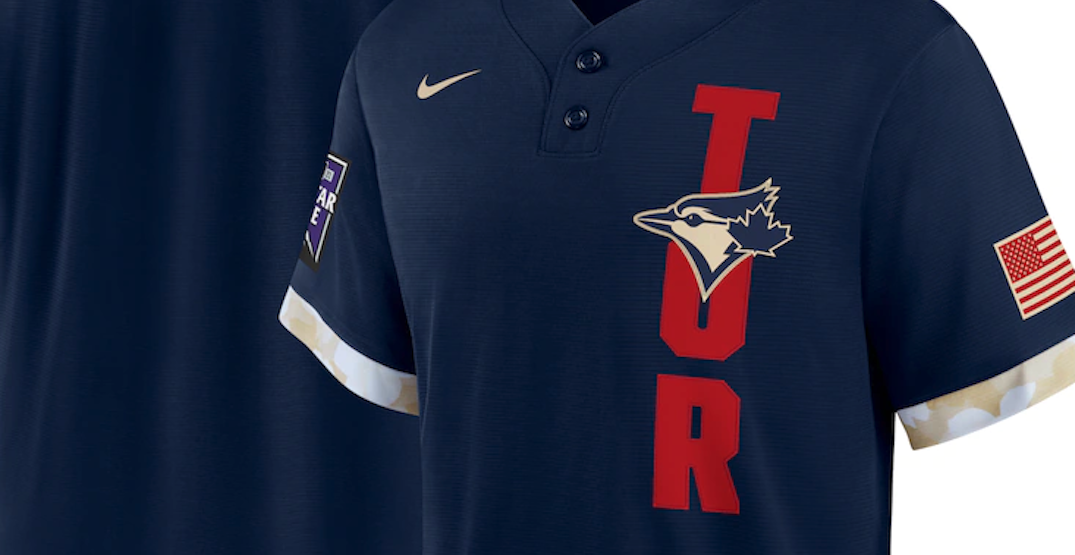 The Toronto Blue Jays will likely have at least a few representatives at the 2021 All-Star Game at Coors Field in Colorado in a few weeks.

At their current pace, Vladimir Guerrero Jr. and Marcus Semien could make up the right side of the infield for the American League All-Star team. Shortstop Bo Bichette also has a chance to crack the roster, as do starting pitchers Hyun-Jin Ryu and Robbie Ray.

As is tradition with every All-Star Game, MLB releases a new midsummer classic uniform design for this jewel event. Considering that MLB moved the game from Atlanta to Colorado in early April, they had little time to come up with the concepts.

But here’s what the Blue Jays players will wear for the game. Notice anything funny about that uniform? 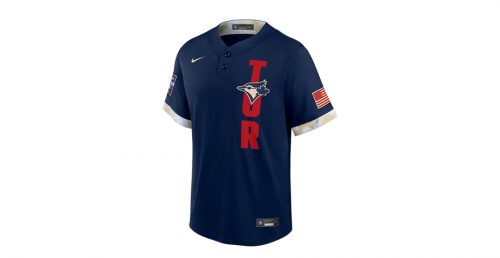 The Blue Jays have played their home games on US soil this season in Buffalo and Dunedin, but during any non-pandemic season, they’re the only team who resides north of the border.

Yet, that didn’t stop the All-Star Game from shoehorning a United States flag on this Canadian team’s jersey.

And if you look closely at the sleeves, there’s some sort of faint camo design. On the National League jerseys, it’s a blue-on-blue combination, which is much more visible, but at first glance, the AL version looks like a stain that never quite made it out in the wash.

They’re not nearly as bad as New Era’s failed “Local Market” caps which crashed and burned earlier this year, but there are better ways to salute Canada’s only MLB team than to ignore its Canadian roots.

Although the Blue Jays don’t have a speck of a Canadian insignia on the All-Star Game cap or jersey, the 2021 MLB All-Star game happens on July 13 at Coors Field.