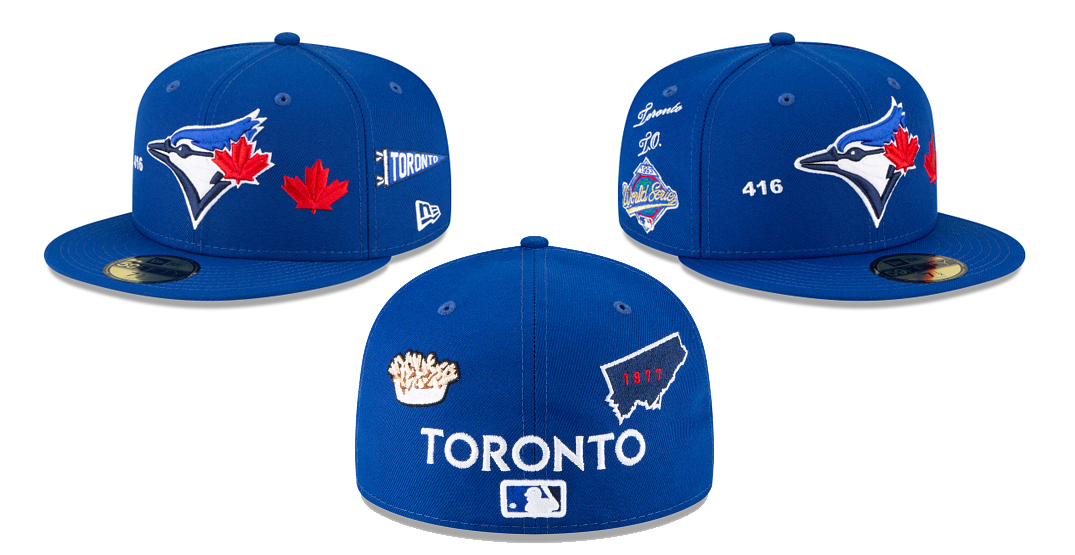 Every year, New Era comes up with wild and crazy designs for caps, and their “Local Market” collection might be the most hideous release to date.

The cap manufacturer put out a specialized cap as a tribute to all 30 Major League Baseball teams. Each hat is designed as a tribute to the city of origin with “city-inspired elements,” but in most cases, it just looks like a bunch of clip art slapped onto a hat.

The Toronto Blue Jays version isn’t the most egregious of the bunch, as Toronto’s cap included the signature Canadian red maple leaf, Toronto’s 416 area code, the classic 1992 World Series logo, and a logo of one of Canada’s most famous delicacies: poutine.

Funny enough, poutine’s origin is linked to Quebec, not Toronto, so a better choice for a Six-inspired dish may have been a Jamaican patty or a peameal bacon sandwich.

In an interesting turn of events, mere hours after releasing these caps, it appears as though New Era has pulled the entire Local Market line from their website.

Links to the original caps now direct to a “Page Not Found” site. Given how swiftly and unfavourably fans reacted to these designs, it’s no surprise the caps were taken down right away.

Who at New Era approved taking “gRaPhIc DeSiGn Is My PaSsIoN” approach to their local market ball caps? pic.twitter.com/wdjqzl7ud5

New Era has released its "local market" series with a cap for each team that includes "city-inspired elements throughout the cap." Thoughts on the Nationals' DC-centric edition? pic.twitter.com/KUI1LGqHaA