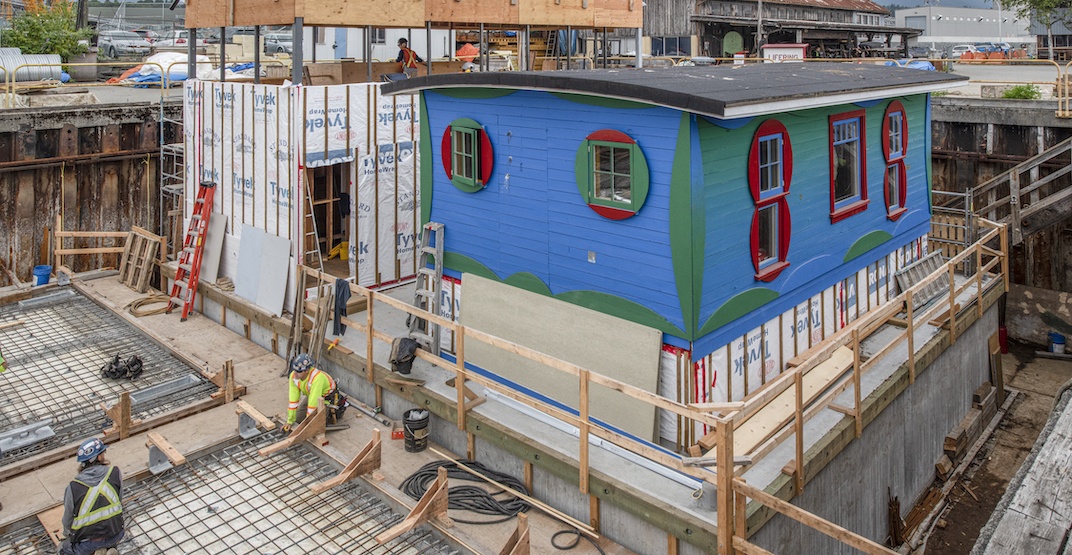 East False Creek is set to receive a new fixture beginning later this summer, when a restored 1927-built squatter’s cabin and deckhouse is moored at the dock of the Plaza of Nations for a year-long artist residency showcase.

Dubbed the Blue Cabin, the structure is perched on a moveable floating concrete platform, allowing the fixture to be relocated to rotating locations in the waterways of Metro Vancouver. 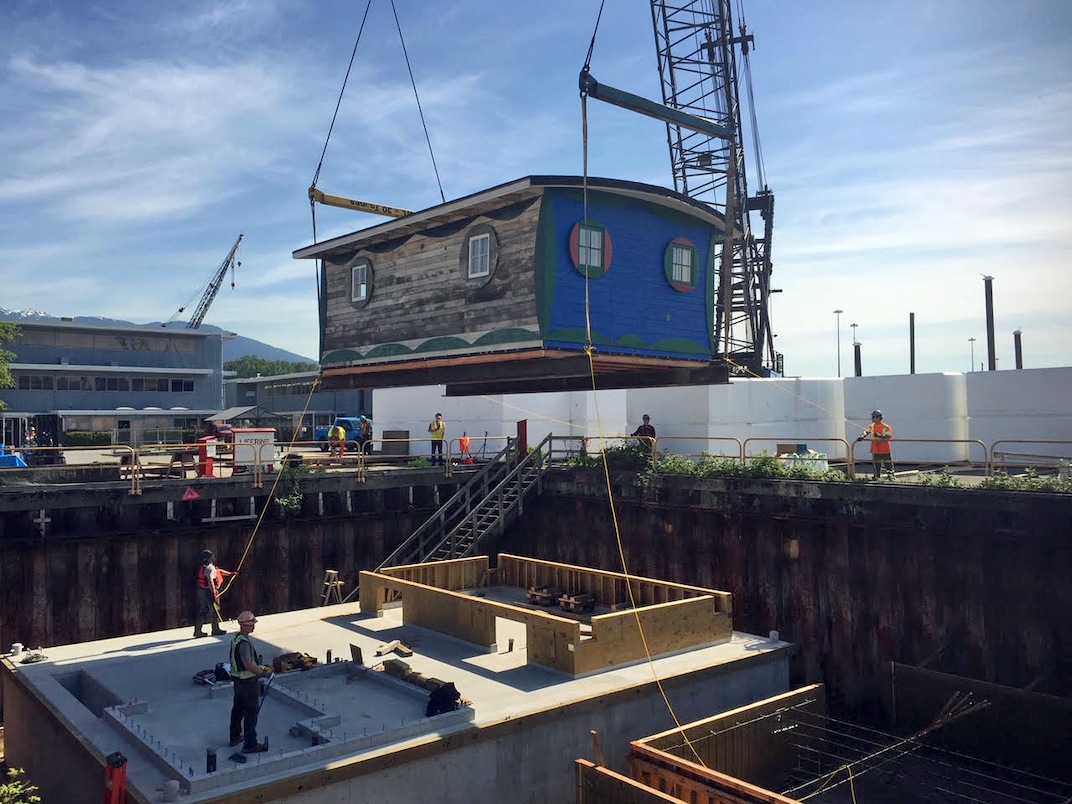 The Blue Cabin being lifted onto a concrete platform in a dry dock. (John Zuk) 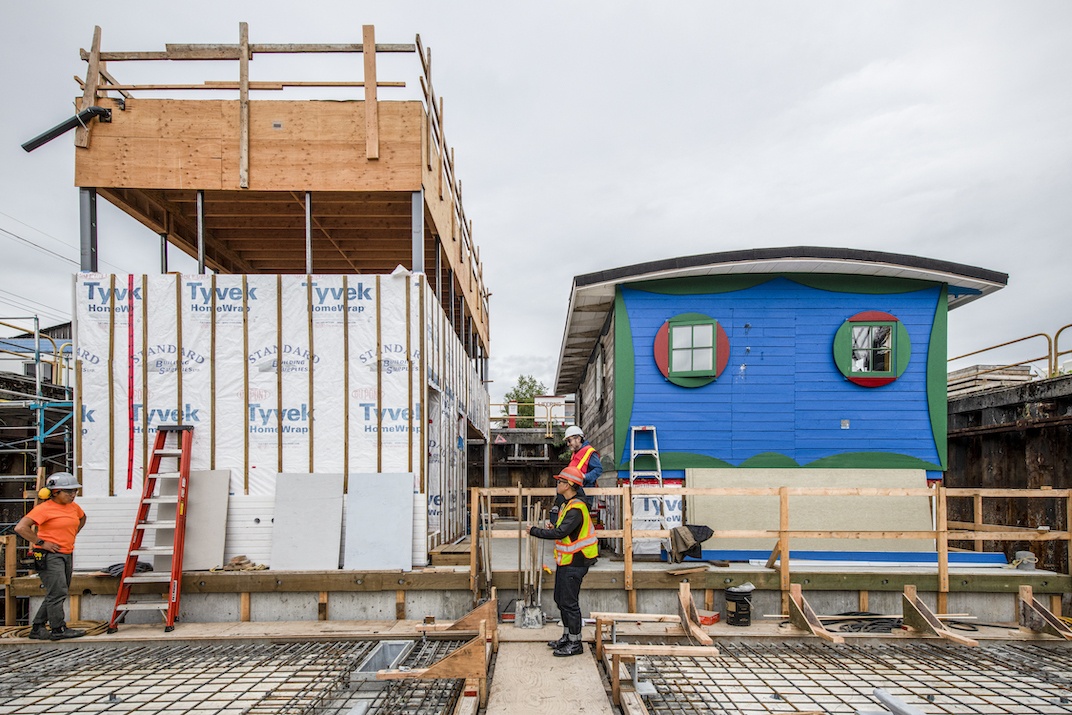 “The Blue Cabin is a culturally and historically significant work of architecture, and its launch in False Creek will encourage both artists and the public to appreciate the many complex histories that make up the community,” said Glenn Alteen, Blue Cabin committee member and program director of grunt gallery, in a statement.

“The cabin — and the broader region we now call the Lower Mainland — is inextricably linked to the colonial displacement of Indigenous peoples.”

Skeins will include workshops, classes, and presentations on weaving, language, and design, with each of the artists-in-residence bringing their unique experiences and knowledge.

The Blue Cabin will have its official public launch on August 25, 2019, complete with the announcement of the artist residency’s first season of programming, and on-site tours of the cabin interior and sustainable deckhouse — held every 15 minutes from 11:30 am to 5:30 pm.

Couzens is slated to be the first international artist-in-residence this fall from September 15 to October 31, presented in partnership with Australia Council for the Arts.

This cabin has had a storied past; it was originally a floating house in Coal Harbour, before it was relocated to the North Vancouver waterfront for over 80 years. 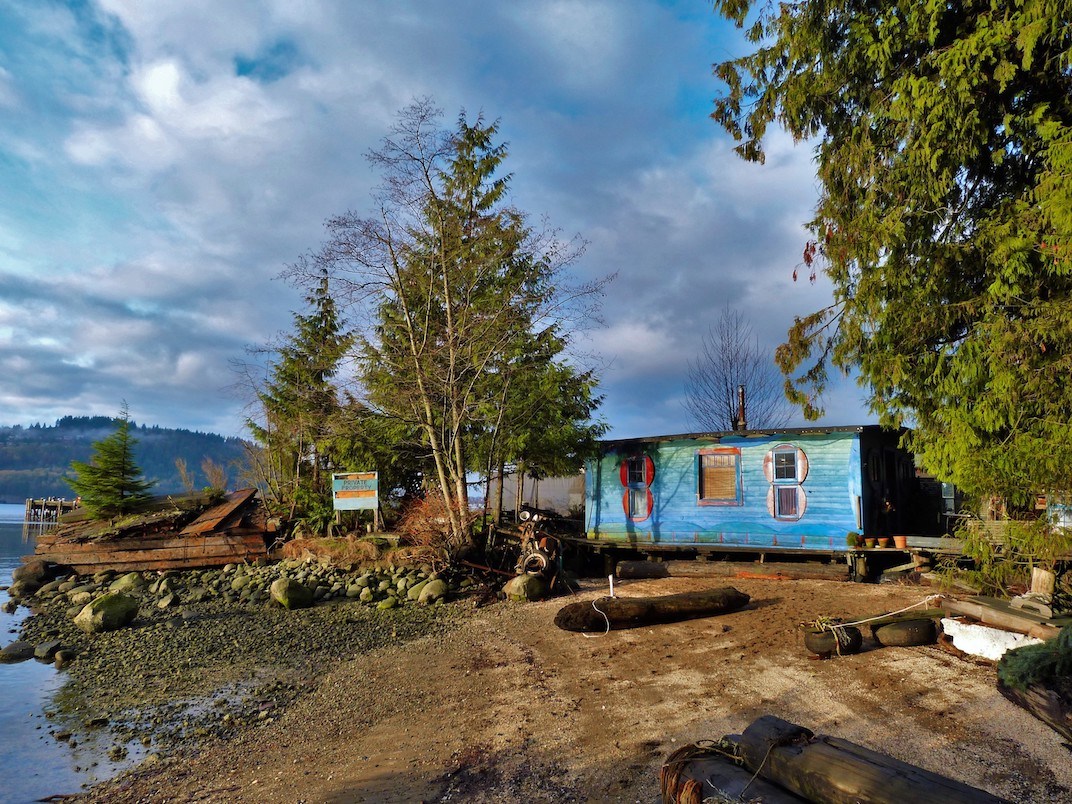 The Blue Cabin in its North Vancouver site in 2018. (John Ward) 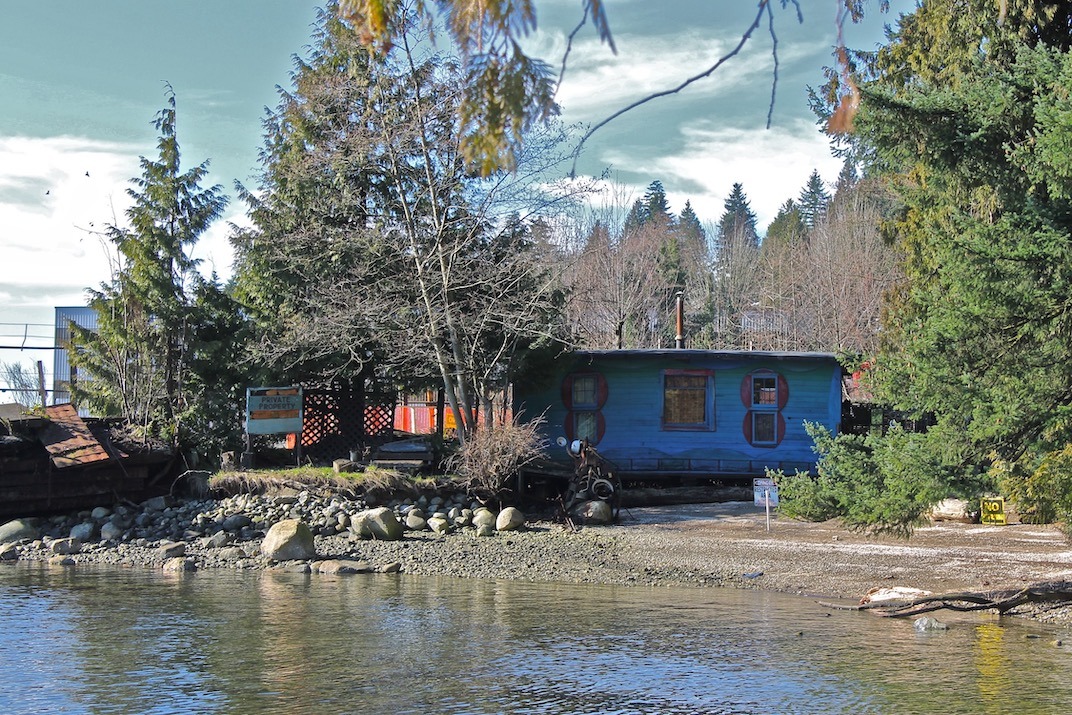 The Blue Cabin in its North Vancouver site in 2015. (Sande Waters)

Between 1966 until their eviction in 2015 to make way for an adjacent redevelopment, artists Al Neil and Carole Itter used the cabin as a studio. The structure was ultimately saved from demolition after the grunt gallery, and its partners, led a campaign to save, restore, and relaunch the cabin as a residency for artists.

In 2018, artist Germaine Koh and architect Marko Simcic were contracted to build a small 500-sq-ft deckhouse for the cabin’s new life, with the structure using off-the-grid water and electrical sources.

The Blue Cabin being re-located from its home next to Cates Park in 2015. (Michael Jackson) 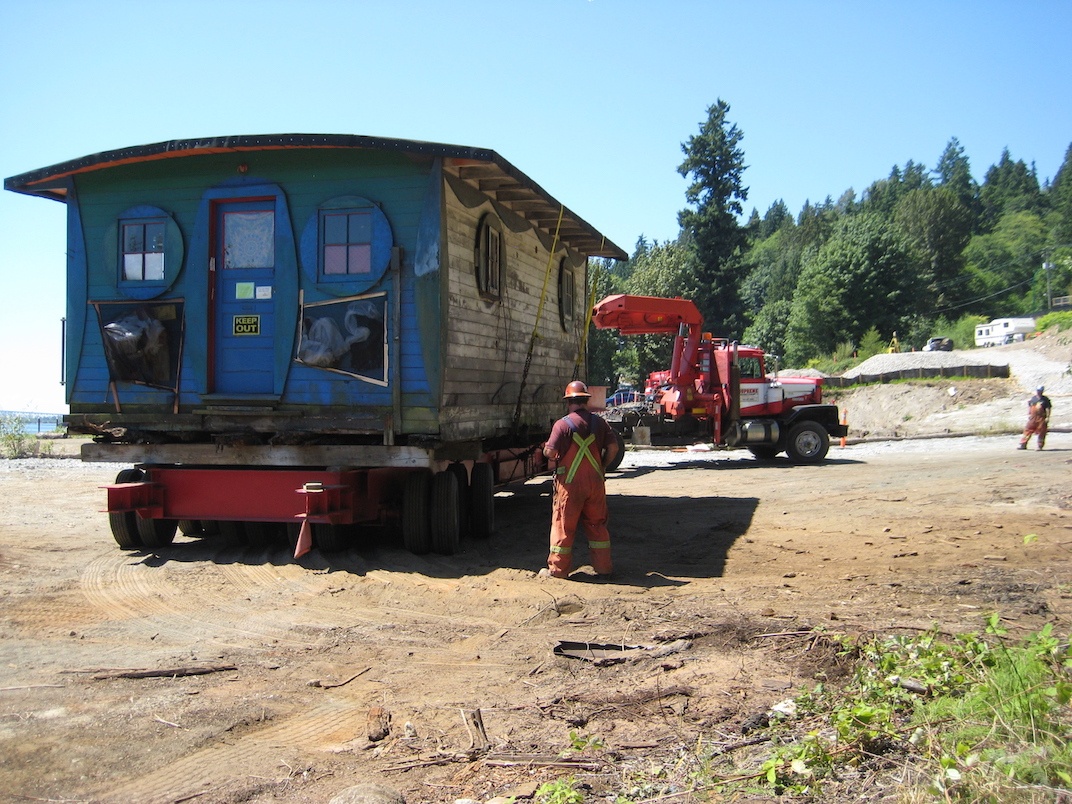 The Blue Cabin being re-located from its home next to Cates Park in 2015. (Michael Jackson)