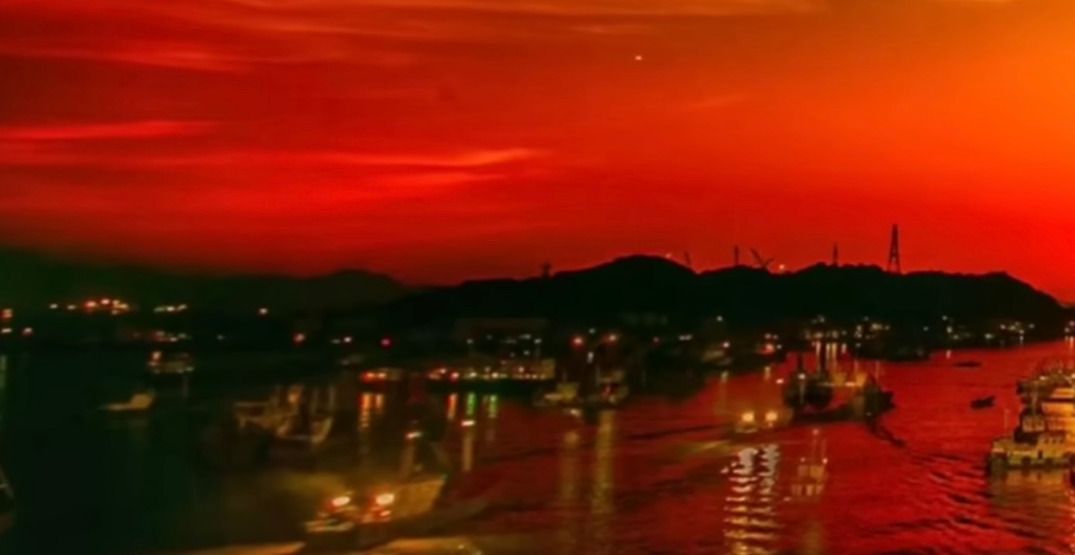 Residents of a city in China were alarmed when they noticed a blood-red sky.

Video footage of the strange phenomenon makes it look like something you’d see in a science fiction or horror film.

According to the YouTube channel FA Weather, the red sky appeared in the city of Zhoushan, which, as of 2015, had a population of approximately 1.1 million people.

There are also some theories as to why this happened.

The video description states the incident took place on the evening of May 7.

An initial report from local media suggested that the red sky was because of lights that were shining from a fishing boat being refracted.

The description also points to the Tyndall effect as being a reason for the bloody sky.

This scientific phenomenon revolves around light being scattered by particles within a suspension of material.

For you science nerds, here’s a full explanation of the Tyndall effect.

FA Weather suggests that the Zhoushan Meteorological Bureau corroborated that theory due to cloud and fog on May 7. They just haven’t been able to definitively determine the source of the light yet.

Other videos that have been shared on social media that are a bit more zoomed also make that theory more likely.

The meteorological bureau of #Zhoushan said on Sunday that the red sky that appeared was caused by the refraction and scattering of light most likely from ship lights in the port#Flash #RedSky pic.twitter.com/8YOZvPcHla

“Those of us who are familiar with prophecy know what this is and the fact that it left magnetic debris makes this an open-and-shut case. When it gets closer the dust will be a fine Red Mist left on cars and buildings sort of like very light ash from a volcano but it will be red in color when this occurs it is days of being visual around the world.”

Others have suggested it’s related to air pollution.

Whatever the case is, it’s not something you’d want to wake up to without warning.