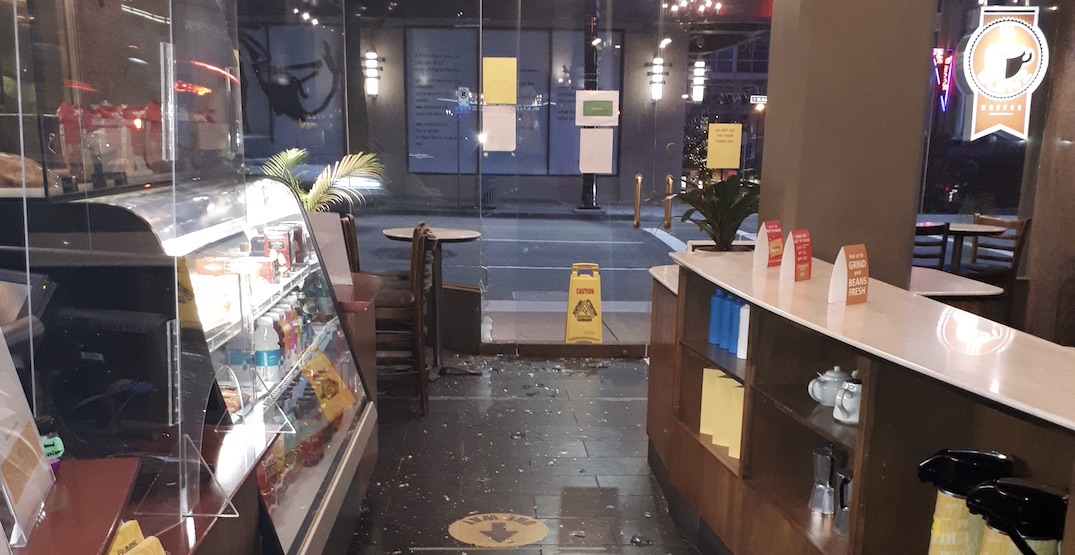 A downtown Vancouver location of Blenz Coffee has been broken into twice in a 10 day period. The break-ins occurred on December 28, 2020, and January 7, 2021.

Mark West is the franchisee of the ​508 West Hastings Street cafe. He told Dished Vancouver the damage incurred at the store included broken windows, both times, and a sum of $450 of cash was also stolen.

West says this particular store, which he purchased in August 2019, had never experienced any break-ins prior to last week under his ownership, a signal that the area is becoming more “dangerous” in his opinion.

The business owner says these back-to-back break-ins are putting an “incredible strain” on the shop, especially considering its revenue is already down about 85% due to the COVID-19 pandemic. Repairs to the windows will come out to around $4,000.

“​As soon as COVID hit, all the offices, schools, and SFU closed or operated with minimal staff. It’s like a ghost town here,” says West.

“Without the general population in the area, it became very dangerous immediately. My staff and I have to deal with drug addicts and aggressive people multiple times each day. We are constantly threatened and have to protect ourselves.”

West says he’s added more staff during shifts in order to protect employees’ safety, even though the customer demand doesn’t require it.

“We have all been threatened with physical violence, verbal violence, bear spray, hot beverages, and spitting. This is common for all the retailers in this neighbourhood; we see it all the time.” 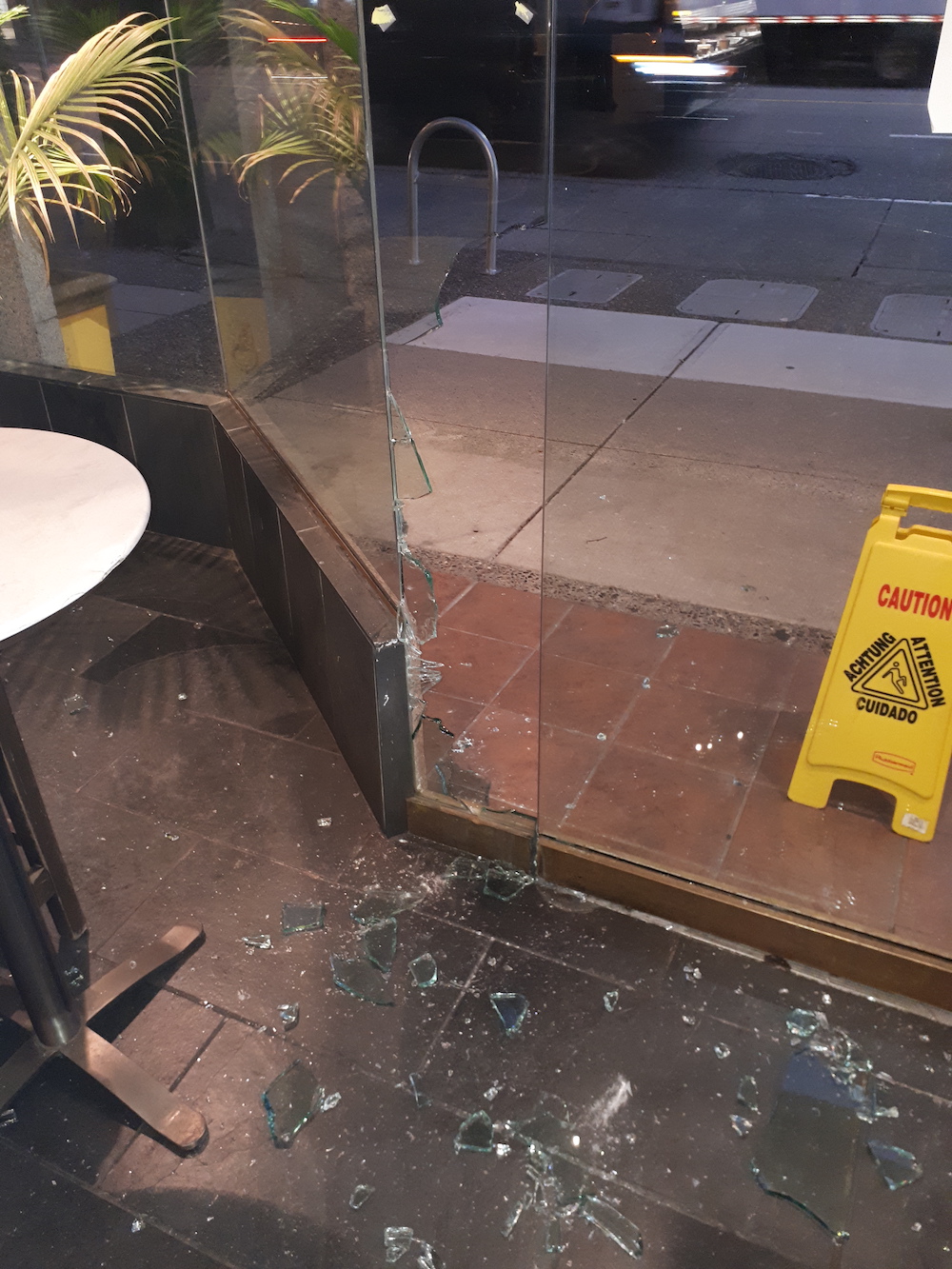 The Blenz franchisee acknowledges the police are “doing the best they can with the resources they have,” but expects the criminal behaviour in the neighbourhood to persist.

“Even if we were to catch the person or people who have broken into our store, there are many more who will do the very same thing the next day. These people do not care about cameras or alarms.”

In November, the Vancouver Police Department has announced the creation of a new neighbourhood response team to act on calls from the public regarding disturbances and suspicious circumstances.

This came after the VPD released the results of its survey regarding the perception of public safety in the city.

The survey found that 78% of respondents are concerned about crime in Vancouver, with that number increasing to 84% for those living in the downtown core.

The majority of respondents (61%) agreed that crime has become worse in Vancouver over the past year, and one-third say they have changed their daily routines as a result.

The Downtown Eastside, Chinatown, Gastown, and the Granville Entertainment District were listed as the top four neighbourhoods that respondents said they tried to avoid due to crime concerns.