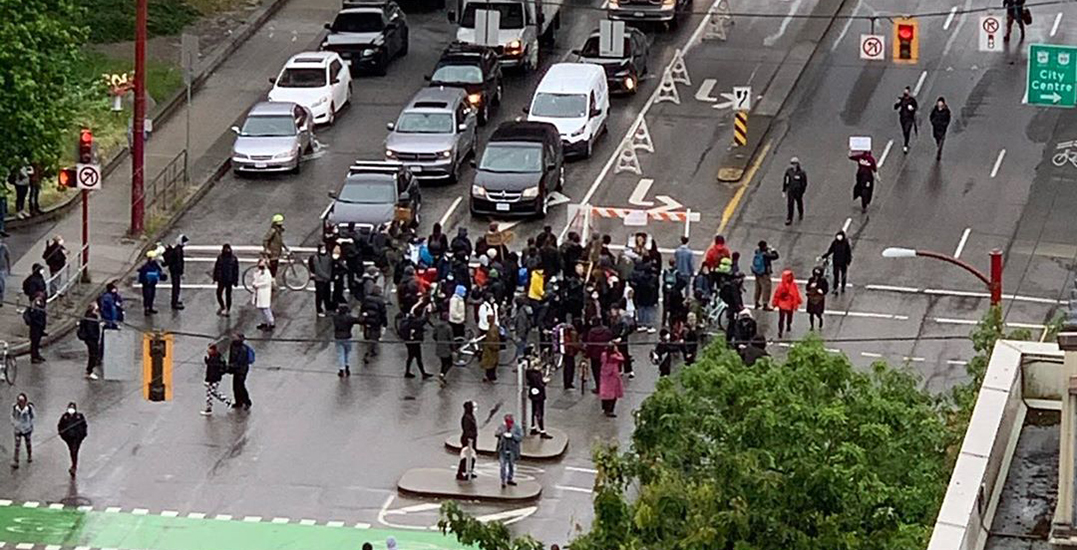 The Georgia and Dunsmuir viaducts are now open, and seven people have been arrested after the routes in and out of the city’s downtown core were blocked by Black Lives Matter demonstrators for two days over the weekend.

In a release on Monday, VPD said more than 90 people left the area after they were asked to leave by police; however, seven people refused to do so and were subsequently arrested.

“For the most part, protestors were cooperative with VPD officers this morning and cleared the roadway when asked,” said VPD Sgt. Aaron Roed. “The arrests were made after protesters ignored multiple requests and warnings from police.”

Now, police said they are requesting charges of “mischief” and “intimidation by blocking a highway” against the people who were arrested.

Police said that overall the protest was peaceful, with no major incidents until the arrests.

Roed said that around 6 am on Monday, police began asking protestors to allow public access to the viaducts, and the routes were reopened to traffic by 9 am.

Organizers said the location was chosen to honour the Black community of Hogan’s Alley that once existed in the area. Many residents were forced to leave when the city constructed the Georgia and Dunsmuir viaducts.