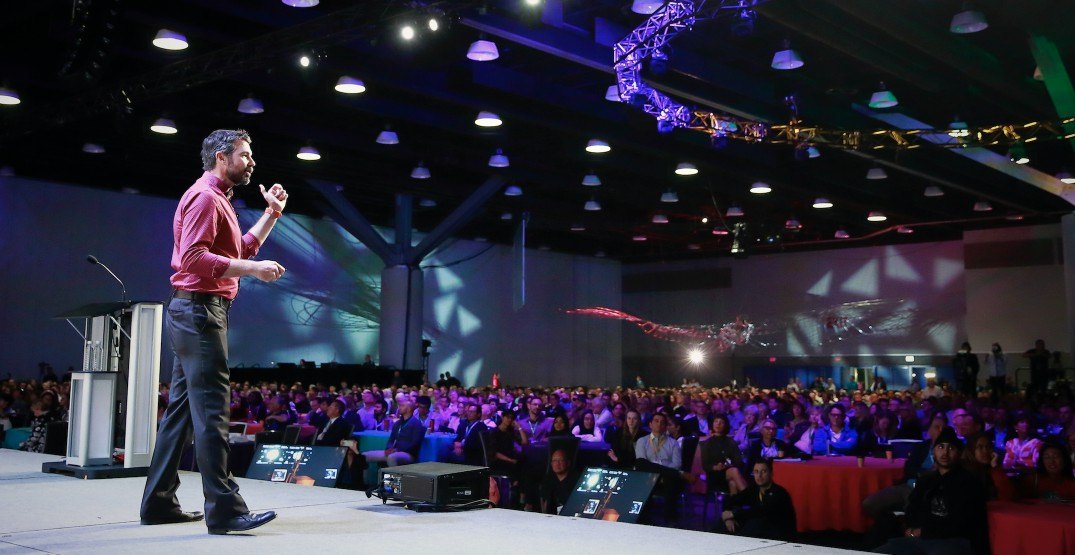 British Columbia’s tech sector is flooded with talent and full of fearless entrepreneurs and inspiring innovators.

This month, BC’s technology industry will be out in full force at the #BCTECHSummit.

The three-day event is a chance to create cross-sector and cross-border opportunities for businesses while exploring ideas and innovation that fuel the global economy.

The event also includes a stunning array of speakers, including thought-leaders from world-class brands and every industry.

In addition to companies like General Electric, IBM, Microsoft, MEC, and PayByPhone, here’s a quick look at three of the biggest speakers at the summit.

Gina Phillips currently leads the business for WeWork in the Northwest US and Canada as General Manager. Since launching the Seattle market for WeWork in 2013, she’s created multiple new markets and grown a dynamic region undergoing hyper-growth.

Known for scaling high-performance, building culturally-aligned teams and driving brand visibility, her focus is always on effectively leading organizations through change and growing powerful performance in others.

Phillips’ work in the expansion of WeWork’s footprint in the Northwest lead her to be named Puget Sound Business Journal’s 2018 Real Estate Executive of the Year.

She’s also a member of Global Shapers, an initiative of the World Economic Forum, and plays competitive ultimate frisbee at the national and international levels.

Hirsch-Allen also teaches at McMaster University, is a Director with the Canadian Club of Toronto, is on the advisory boards of Code for Canada and the Hot Docs cinema and founded Lighthouse Labs, Canada’s foremost software development boot camp.

A former IP and international criminal lawyer, he also clerked at the Supreme Court of Israel.

Duncan Wardle – Former Head of Innovation and Creativity at Disney

Having worked for the Walt Disney Company for 25 years, Duncan Wardle now serves as an independent innovation and design thinking consultant, helping companies around the globe embed a culture of innovation and creativity across their organizations, delivering a series of keynotes, training workshops and leading innovation projects.

Most recently, Wardle was Head of Innovation and Creativity for the Walt Disney Company, where he helped support franchises such as Lucas Films, Pixar, Marvel, Disney Imagineering, Disney Parks and ESPN. Working as innovation catalyst and cultural change agent, he helped each line of business increase their capacity to innovate at scale.

The #BCTECHSummit takes place from Monday, March 11, to Wednesday, March 13 at the Vancouver Convention Centre.

To enter to win a pair of tickets to the #BCTECHSummit, do at least one of the following:

Contest entries will be accepted from the time and date of publishing until 11:59 pm on March 9, 2019. One winner will be chosen at random and contacted through the platform they used to enter.

Daily Hive is a proud media sponsor of #BCTechSummit