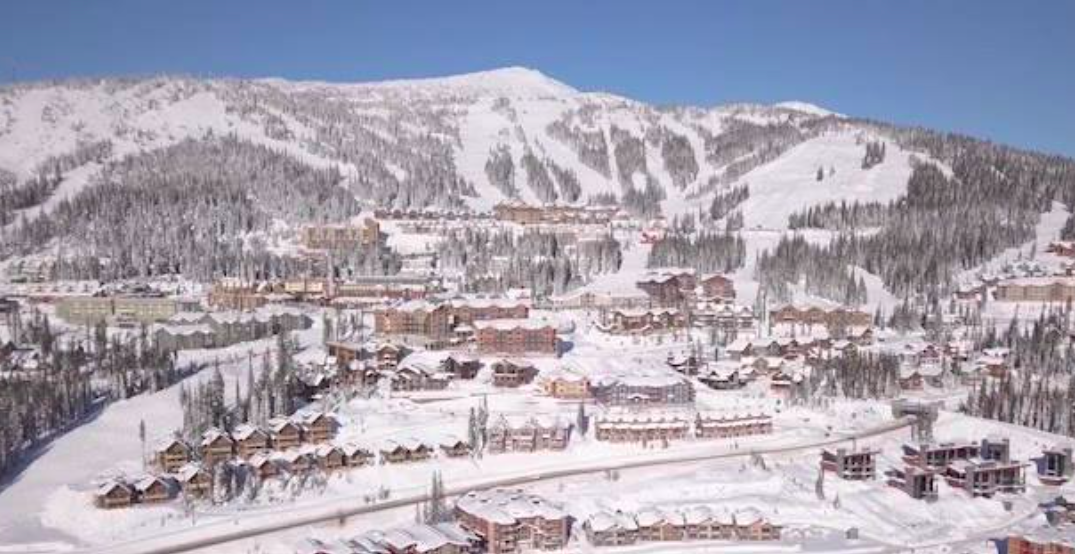 The senior vice president of Big White Ski Resort near Kelowna said he was “disgusted” by a video that was shared online showing a crowded party inside an establishment on the mountain.

In the video, first reported by Castanet, revellers can be seen crowded together, unmasked and dancing inside the establishment identified as Charley Victoria’s.

“We were shocked and disappointed [by what we saw],” Michael Ballingall told Daily Hive. “They’ve run a good operation for the majority of the season.”

Ballingall said the incident is troubling, primarily due to the harm the owner of the establishment put in front of his own staff in deciding to host the party.

“People weren’t wearing masks, [there was] no contact tracing, no social distancing,” he furthered.

He also noted the party took place after the province announced its ban on indoor dining.

“Most restaurants on the mountain are owned and operated by individual operators, and the majority of the people at the party were staff that had already been laid off by other restaurants around the mountain,” he explained.

However, Charley Victoria’s decided to offer 50% off food and beverage that evening, and “a lot of people showed up.”

Among those who attended were two Big White Resort employees, who have now been fired as a result.

Ballingall said Big White was made aware of the gathering that same evening when staff members from Charley Victoria’s requested Big White call the police to come break up the gathering.

The resort has also taken legal action to terminate the lease between Big White and Charley Victoria’s and evict the owner from the premises, he added.

“I’ve used the word ‘disgusted,’ and that’s because of the harm [Charley Victoria’s owner] put in front of his own staff,” said Ballingall. “We were really upset that they had put all those people in harm’s way.”

Police arrived on the mountain around 9 pm, but by that time the establishment had already cleared out, he added.

The owner of Charley Victoria’s has since issued a statement and apology via Instagram.

As part of their ongoing response Big White announced on Wednesday that they will be closing for the season on April 5 – one week earlier than initially planned.

“In the past 24 hours, Big White Central Reservations Ltd and the resort website have noticed increased traffic and inquiries from people in the Lower Mainland regarding accommodation and the purchasing of online lift tickets for the last week of operation,” the resort said in a statement.

“With most BC resorts closing as of Monday, April 5, and with the disregard for COVID-19 protocols exhibited at Charley Victoria’s All-Day Après on Monday evening, Big White Ski Resort Ltd recognized closing early as a necessary action to keep its guests, residents and team members safe from COVID-19.”