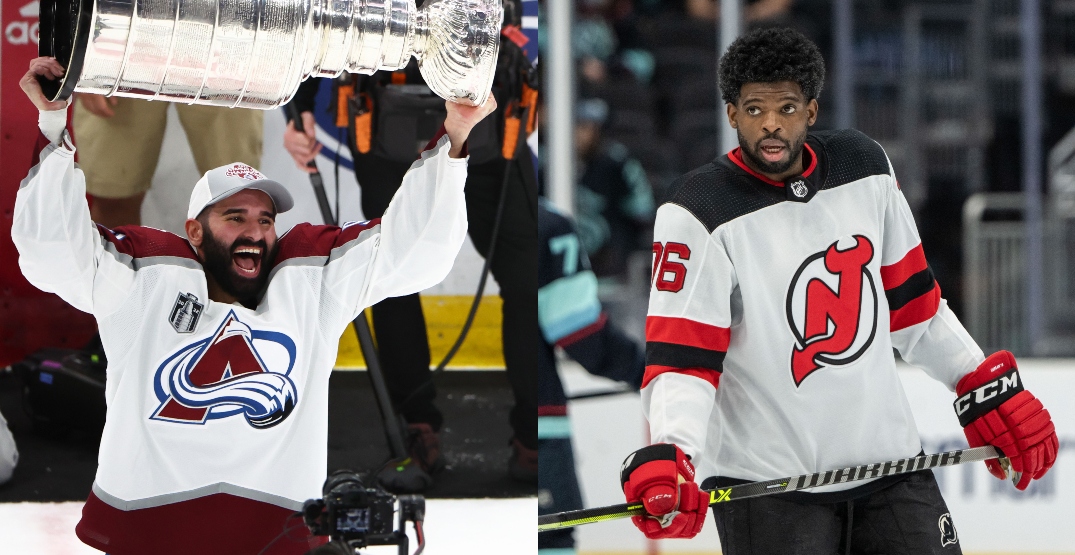 Three weeks have passed since the start of free agency in the NHL.

The frenzy kicked off on July 13 this year, with many unrestricted free agents finding new homes right away.

But not every UFA was quick to sign on the dotted line.

There are still a number of big-name free agents available, albeit many of them are past their prime.

And no, I’m not just talking about Jaromir Jagr.

NHL GMs- I am also free agent, once again. 6,3 265 … 50 years old ,slow, but strong and good hands. Can bring experience and like to play only home games. Call me anytime. 😉Also as the owner of hockey club In czech liga -I am looking to sign a Defenseman No jokes

There’s a bit more gas left in the tank for players on the following list, which focuses on name value more than necessarily present-day value.

Here are nine of the biggest names still available.

One of the most highly sought-after players available at the start of free agency, most expected Nazem Kadri to cash in this summer following a career-year that saw him rack up 87 points and win a Stanley Cup with the Colorado Avalanche. He’s still without a team.

The reigning Selke Trophy winner, Patrice Bergeron was still an elite player last season, scoring 65 points with the Boston Bruins. He has reportedly contemplated retirement but hasn’t made a decision yet.

David Krejci left Boston last year to play in his native Czechia but is reportedly contemplating a return to the Bruins. He finished tied for fifth in scoring (12 points in 10 games) at the IIHF World Championships last spring, so he can still contribute.

P.K. Subban is no longer a Norris Trophy calibre defenceman, but the charismatic blueliner still brings a lot to the table. If nothing else, right-shot defencemen are always in demand.

Phil Kessel is coming off a career-low in goals (8) last season but still managed to put up 52 points last season in Arizona. If put in the right situation, you have to believe the right-winger could regain his scoring touch again next season.

Is there still a team out there for Joe Thornton? The future Hall of Famer is 43 years old but hasn’t retired yet.

The oldest player on this list, Zdeno Chara has also refused to retire, despite celebrating his 45th birthday in March. The 6-foot-9 defenceman appeared in 72 games with the New York Islanders last season.

Anton Stralman averaged more ice time (21:20) last season than any other currently available UFA. He’s 36, but coming off a season that saw him score 23 points (8-15-23) with the Coyotes.

Paul Stastny had a productive season with the Winnipeg Jets last season, surpassing the 20-goal mark for the first time in eight years. He’s getting up in age, but could still help out most teams.