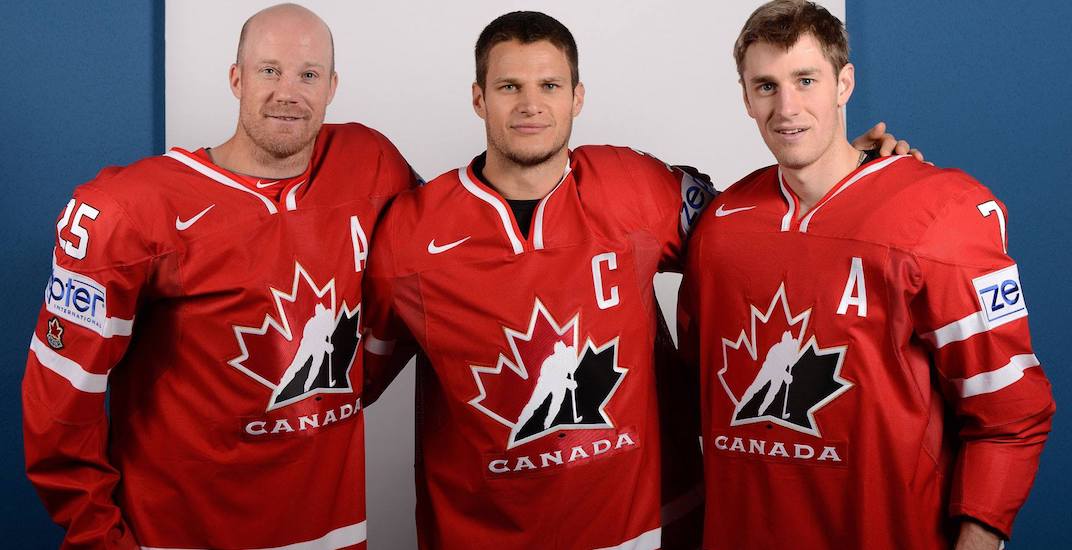 Hockey Canada released its Spengler Cup roster on Thursday and there are a number of familiar names to be seen.

Kevin Bieksa headlines the group, as the former Vancouver Canucks and Anaheim Ducks defenceman plays what will likely be his final games of competitive hockey.

While most members of the team are on the downside of their careers, that’s not the case with defenceman Dante Fabbro, a 2016 first-round pick of the Nashville Predators. At just 20 years old, Fabbro represented Canada at the past two World Junior Championships.

Player selections were made by co-general managers Sean Burke and Ron Francis, along with input from head coach Kevin Dineen and assistants Gordie Dwyer and Mike Kitchen.

“We are excited with this year’s group of players, as we believe we have assembled a team that combines experience from previous Spengler Cup appearances and the 2018 Olympic Winter Games, and a group of new faces who will contribute to the success of our team,” Burke said in a statement. “The Spengler Cup is always an exciting tournament with a rich history, and we look forward to competing for our fourth-consecutive championship with this group of 25 players.”

Bieksa, who wanted to stay close to his family in Anaheim, is without an NHL team this season. The 37-year-old hinted at retirement in a radio interview with Satiar Shah and Alex Auld on Sportsnet 650 this week.

Bieksa: After the Spengler Cup, plans are come to California. Coaching my son 2-3 times a week.

There's a podcast rumour, maybe get on camera with @Sportsnet doing some games. Got some things that are on the agenda – I'm enjoying this lifestyle around my kids, family.

Bieksa has been keeping in shape, working out at the Ducks’ practice facility in Anaheim. He also spent a week practicing with the WHL’s Everett Silvertips earlier this month.

For anyone doubting Bieksa’s commitment to fitness, keep in mind what he told Sportsnet’s Elliotte Friedman in September.

The legendary quote machine is as sharp as ever, recounting the time he knocked out Fedor Fedorov when the two were teammates with the Manitoba Moose:

Bieksa: I've gone 15+ years without talking about Fedorov story publicly & believe its not a story that needs to shared by me. It worked out well for me but easily could not, could've been end of my career so not something I boast about.

But I did dust the guy & he asked for it.

The Spengler Cup is the oldest club tournament in the world, being first held in 1923. Held in Davos, Switzerland, the tournament begins on Boxing Day. Canada has won the tournament three straight years.