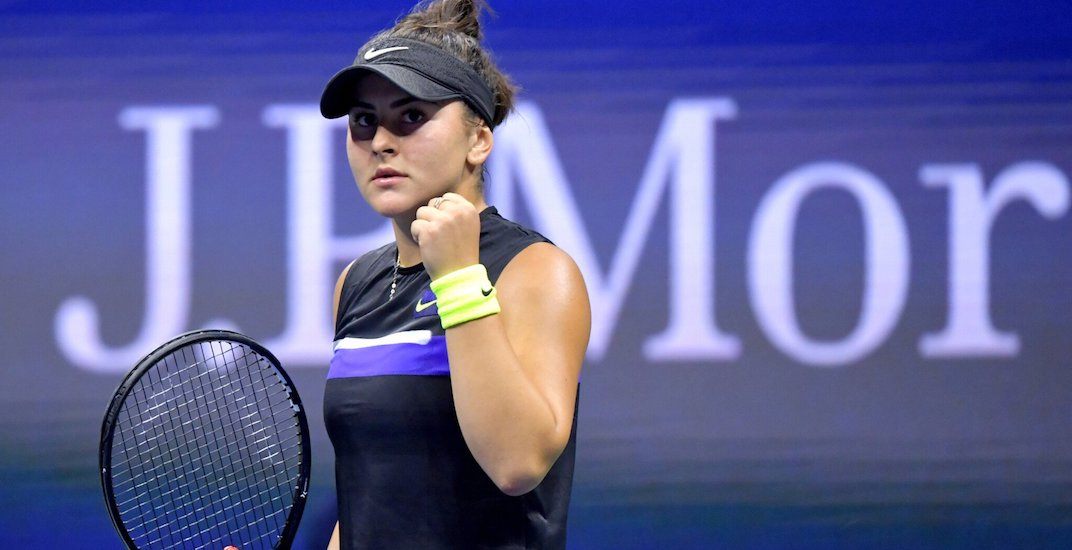 Bianca Andreescu had to bring back the drama to make it to her first US Open quarter-final.

It took her three sets and five match points, but eventually the 19-year-old Canadian managed to cross the finish line and beat American Taylor Townsend 6-1, 4-6, 6-2. With the win, she will be the first Canadian woman to make it to the US Open quarter-finals since 1992.

Although she’s ranked 119 in the world, Townsend’s style can flummox opponents. When she’s on her game, it produces results like her stunning win over World No. 4 Simona Halep two rounds prior.

Townsend uses a style not many tennis players are taught anymore – she comes to net every chance she gets, serving and volleying, shortening points whenever she can.

In her on-court interview after the match, Andreescu spoke about the challenge.

“It wasn’t easy, that’s for sure,” said Andreescu. “I don’t normally play players like this.”

Over the course of the match, Townsend came to net 40 times to Andreescu’s 26. Surprisingly, the Canadian won that battle, winning on 65% of her at-net points, to Townsend’s 40%.

Andreescu began the match on fire, breaking Townsend twice and sprinting out to a 4-0 lead. While she dominated the first set 6-1, the one weakness shown by the Canadian was her five double faults.

Those serving problems combined with a dip in play and some renewed intensity from Townsend allowed the American right back into the match. Townsend quickly went up 3-0 in the second, and at the end of the set, Andreescu double faulted on set point to even the match at one set each.

By the end of the match, she hit eight double faults.

Another new challenge for the Canadian was dealing with a crowd that was mostly cheering against her. It was a different sort of adversity for her, with audience members yelling “double fault!” and cheering when she made mistakes.

American tennis fans at the #usopen tried to throw @Bandreescu_ off her game by cheering during her serve and saying “double fault.”

“Obviously the crowd wasn’t for me tonight, but I heard some Canadians!” she said after the match.

On Tuesday, the 15th seeded Canadian will continue her run in New York against 25th-seed Elise Mertens.

A deep run at the US Open could be an amazing cap to an already incredible breakout year, which included tournament wins in Indian Wells and Toronto.

With her performance at this year’s US Open, she will be ranked amongst the world’s top-1o players once the tournament is over.