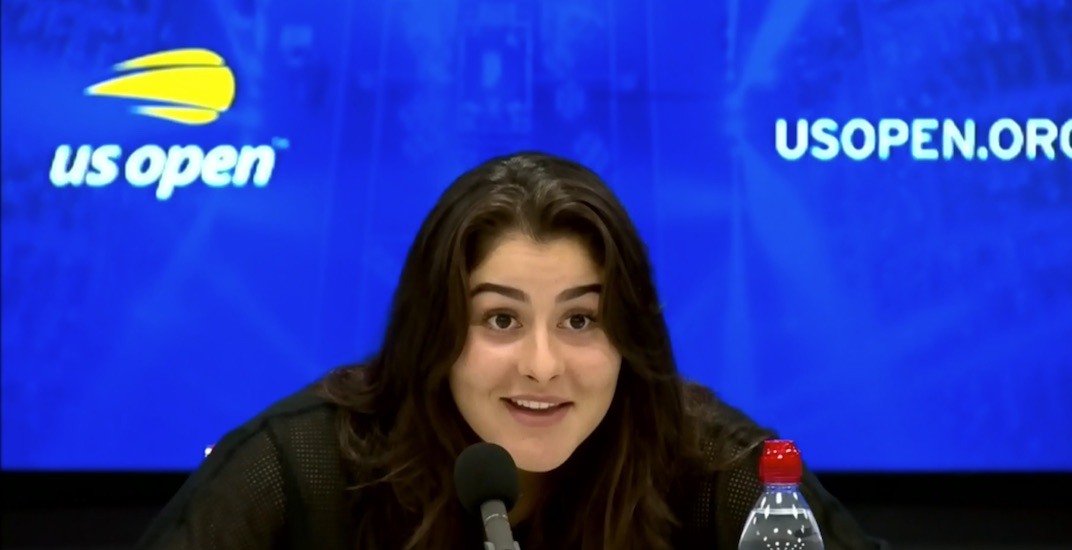 Following a pair of straight-set wins at the US Open, Bianca Andreescu will continue to climb up the world rankings.

After defeating World No. 413 Katie Volynets in Round 1, Andreescu beat No. 110 Kirsten Flipkens in the second round to set-up a match with 19-seed Caroline Wozniacki in the third round.

Regardless of how that plays out, the 19-year-old Canadian has moved into the top-10 on the WTA live world rankings, which is something that was made aware to her for the first time by a reporter during her post-match press conference.

Andreescu’s reaction, which was one of joyous disbelief, was priceless:

The No. 4, 6, 9, 11, and 14 seeds have already been upset at the US Open so far, which paves the way for Andreescu, ranked 15th coming into this tournament, to move up. She’s currently ninth on the live ranking. The highest world ranking ever by a Canadian woman is fifth, achieved by Genie Bouchard in 2014.

Following the second WTA tournament win of her career at the Rogers Cup in Toronto earlier this month, Andreescu is feeling good about her game.

When asked by TSN’s Mark Roe on Thursday if anyone scares her, Andreescu said this: “No, because I’m feeling really confident right now. So if I just go out there and play my game, I think I can beat anyone right now.”

Should she manage to beat former World No. 1 Wozniacki on Saturday, Andreescu would advance to the Round of 16 at a Grand Slam for the first time in her career.