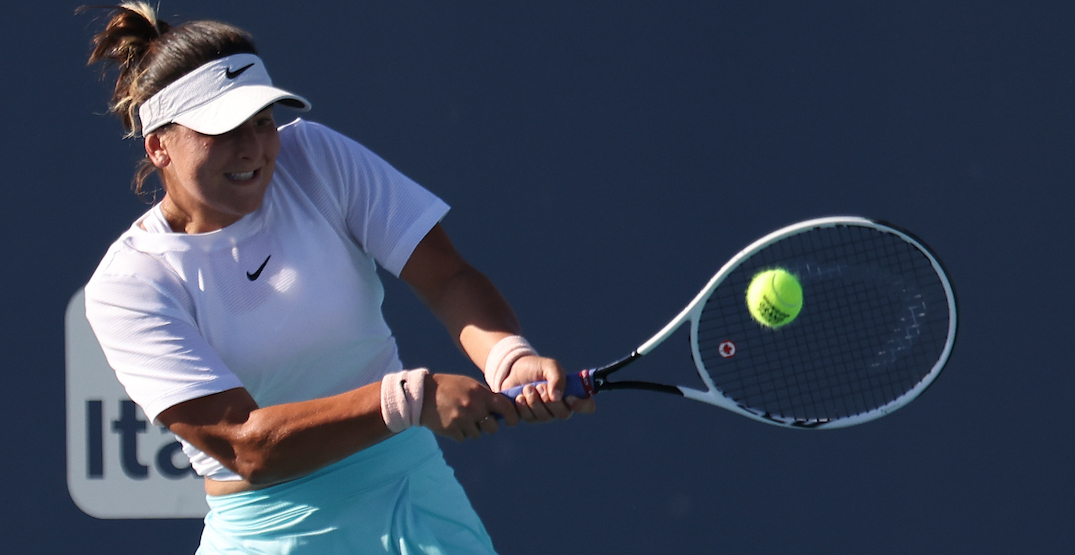 A week after being ousted in the first round at the French Open, Bianca Andreescu has parted ways with long-time coach Sylvain Bruneau.

The Canadian tennis star announced they had “mutually” ended their professional relationship on social media.

“It is with a heavy heart that I would like to inform my fans that my long-time coach, mentor and friend, Sylvain and I, have mutually decided to end our incredible coaching relationship. Our friendship will live forever,” Andreescu said.

“It has been an amazing 4 years.

“I am very grateful for everything we accomplished together and for all our great memories. Sylvain was more than a coach… he is family.”

Andreescu and Bruneau, who is Tennis Canada’s Head of Women’s Pro and Transition Tennis, officially started working together in May 2018. Under Bruneau’s guidance, Andreescu skyrocketed up the rankings, from No. 256 to her career-high ranking of No. 4 in October 2019. She is currently ranked seventh in the world.

Andreescu won her first-career WTA title at Indian Wells in March 2019, before her 19th birthday. She became the first Canadian in 50 years to win the Rogers Cup that summer, and followed that up by becoming the first Canadian ever to secure a Grand Slam singles title, at the US Open in September.

“It has been an absolutely incredible journey to work with Bianca,” said Bruneau. “As her coach, I experienced unbelievable moments and emotions, and it is something that I will always cherish. Bianca is not only an exceptional athlete, but she’s also an exceptional person. It was really a privilege to train her for the last few years. I wish her and her family all the very best for the future. I know that she will be extremely successful and that her best tennis is still ahead of her.”

It has been a rocky road for Andreescu since winning the US Open, as the Mississauga native has had trouble staying healthy. She was forced to retire from a match at the end of the 2019 season and took the full 2020 season off entirely.

So far in 2021, Andreescu was forced to retire from her match in the final of the Miami Open in April because of an ankle injury. She also left a tournament in Strasbourg, France, during the quarter-final last month due to an abdominal injury. Andreescu also had to miss the Madrid Open after she tested positive for COVID-19 in April.