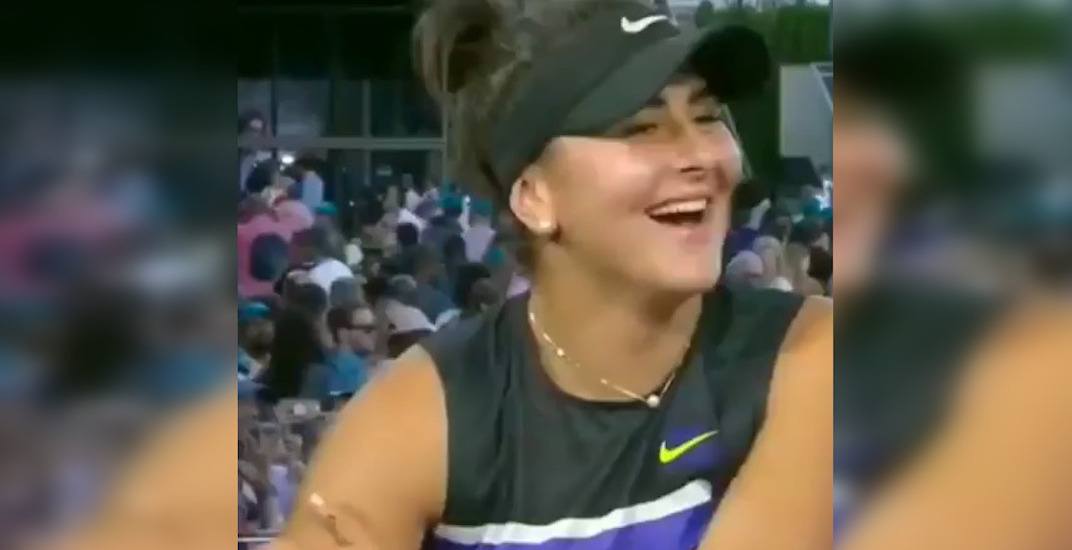 It wasn’t quite Jurassic Park, but Canadian tennis fans appeared to congregate behind the 19-year-old champ.

Fans chanted “She the North,” the popular phrase that was trending on Twitter for Andreescu — an homage to the Raptors. They also sang the national anthem, belting out O Canada as Andreescu calmly answered questions from tennis legend Chris Evert on national television in the United States.

The interview came not long after Andreescu graciously accepted the US Open title in true Canadian fashion. She actually apologized to the pro-American crowd for beating Serena Williams.

“I know you guys wanted Serena to win,” Andreescu said politely. “So, I’m so sorry.”

Bianca apologizes to the crowd for winning the @usopen. It doesn’t get any more Canadian than that 🇨🇦 🏆 . 🎥: @espn

Andreescu not only made history as Canada’s first-ever Grand Slam champion, she tied Genie Bouchard’s national record, vaulting up to No. 5 in the world rankings.

The US Open victory also comes with a monetary bonus, as Andreescu won $3.85 million USD in prize money for the victory — more than she had previously earned in her entire career.