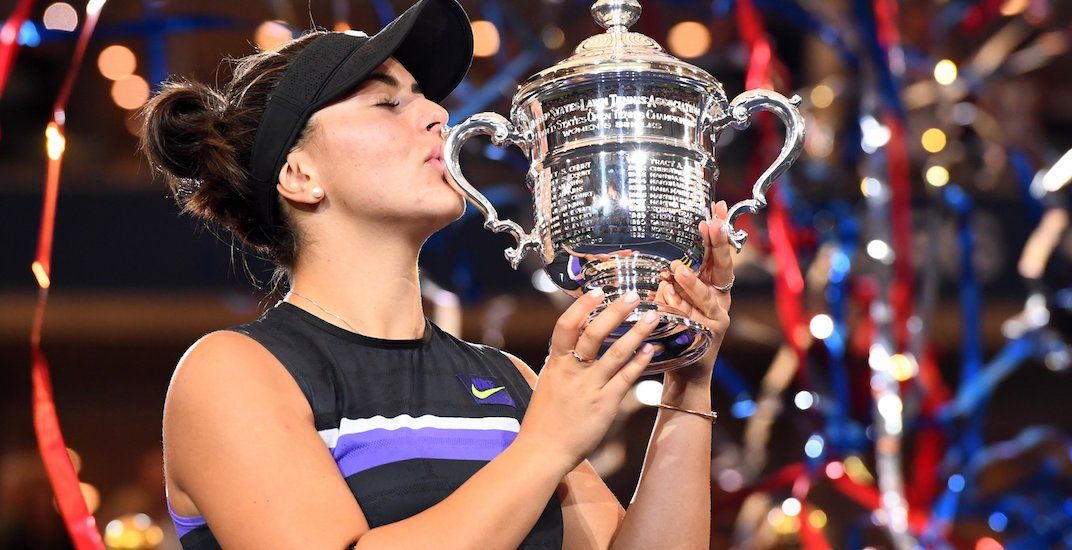 Ten days ago, Bianca Andreescu was in joyous disbelief after learning she would crack top 10 in the world rankings — wonder what she thinks now.

Not only has the US Open champion cracked the top 10, Monday’s updated WTA rankings have Andreescu listed No. 5.

The 19-year-old Canadian was the biggest mover inside the top 50, moving up 10 spots.

The new No. 1 player in the world is Australia’s Ashleigh Barty, as Naomi Osaka dropped four spots from No. 1 to No. 4. Serena Williams, who Andreescu beat in straight sets in the US Open final, dropped one spot to No. 9. 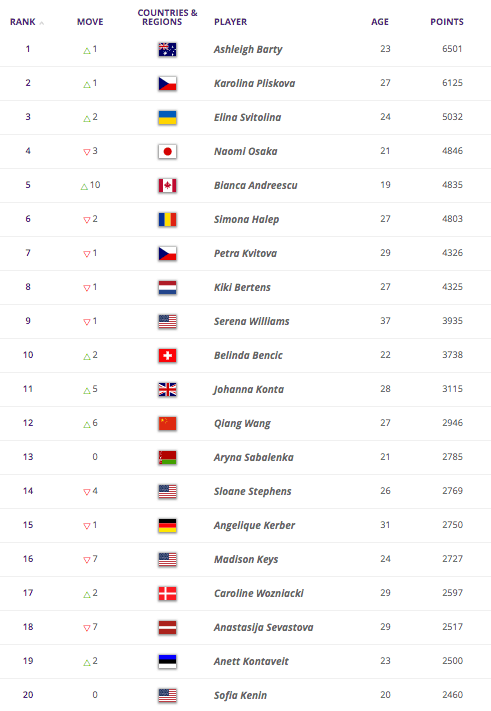 Andreescu’s ranking ties a Canadian women’s singles record, equalling the mark Genie Bouchard set in 2014. The highest ranking a Canadian man has ever reached was No. 3, when Milos Raonic achieved the feat in 2016.

It’s been a meteoric rise for Andreescu in 2019.

At this time last year, the Thornhill, Ontario native was ranked 210th and she ended the 2018 season ranked 152nd. But a breakout year has put Andreescu in the conversation with the very best women’s tennis players on the planet — despite injury troubles that caused her to withdraw from the French Open and miss Wimbledon entirely.

Andreescu won prestigious hard court titles in Indian Wells and Toronto this year, setting the stage for her remarkable run in New York.