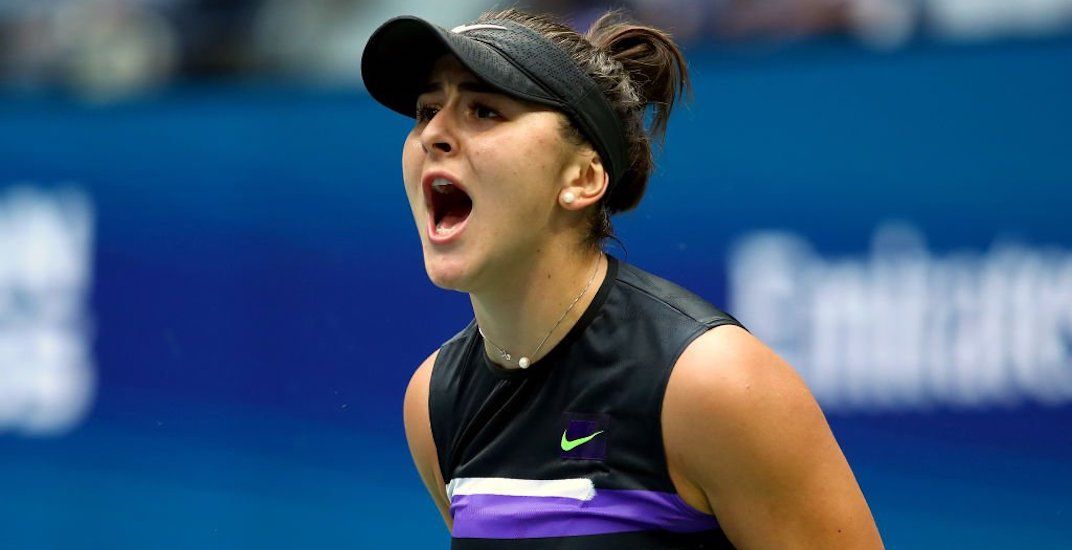 Nineteen-year-old Bianca Andreescu is the US Open champion.

By winning in New York, she has become the first Canadian to ever win a major singles title.

The Thornhill, ON native did it in the most unimaginable way possible too, beating 23-time major champion Serena Williams and stopping her from tying Margaret Court’s all-time record of 24.

Serving for the championship at 5-1 in the second set, Andreescu had a match point at 40-30, but the tennis legend didn’t go away.

“Obviously it was expected for Serena to fight back,” said Andreescu after the match.

“She’s done that so many times in the past, that’s why she is a true champion on and off the court.”

Williams won the next four games, levelling the set at 5-5.

Then, with Williams serving at 5-6 to force a tiebreaker, Andreescu broke her serve again, finally getting her toe over the finish line to capture the title.

“This year has been a dream come true. To be able to play on this stage against Serena, a true legend of this sport, is amazing.”

The story of the match could be told through their serves.

After winning the coin toss, Andreescu chose to let Williams serve first. Allowing the greatest server ever in women’s tennis to serve first was a chess move as Andreescu put immediate pressure on Williams, pushing the game to deuce.

Then on her first break point chance, Williams already knew she had to serve big or she’d see a winner coming back, and she double faulted, handing Andreescu a 1-0 lead and the first of five service breaks.

After being broken twice to lose the first set, the pressure on Williams to serve well became even more apparent in the second. Her serves did not respond.

The tennis legend missed first serves on her first eight chances in the set, and before she knew it, she was down two breaks at 1-5.

Andreescu spoke about the pressure of playing in her first major final afterwards.

“Oh man it wasn’t easy at all,” she said. “I tried to prepare my best like I do for every other match. I tried to step on the court and tried not to focus on who I was playing.”

After giving both breaks back and seeing the set tied at 5-5, Andreescu put her fingers in her ears, as if to block out the noise.

Asked about her biggest challenge in the match, the Canadian answered: “Definitely the crowd.”

“I know you guys wanted Serena to win so I’m so sorry.”

“If anyone else could win this tournament, outside of Venus, I’m happy it’s Bianca.”

Andreescu also thanked her parents for everything they’ve done for her.

With the game the Canadian posesses – the closest comparison anyone can make is to Serena Williams herself – there’s a good chance there will be more major trophies to come.

Give it up for @Bandreescu_… and her new best friend: 🏆 pic.twitter.com/ELDvUPLtz0