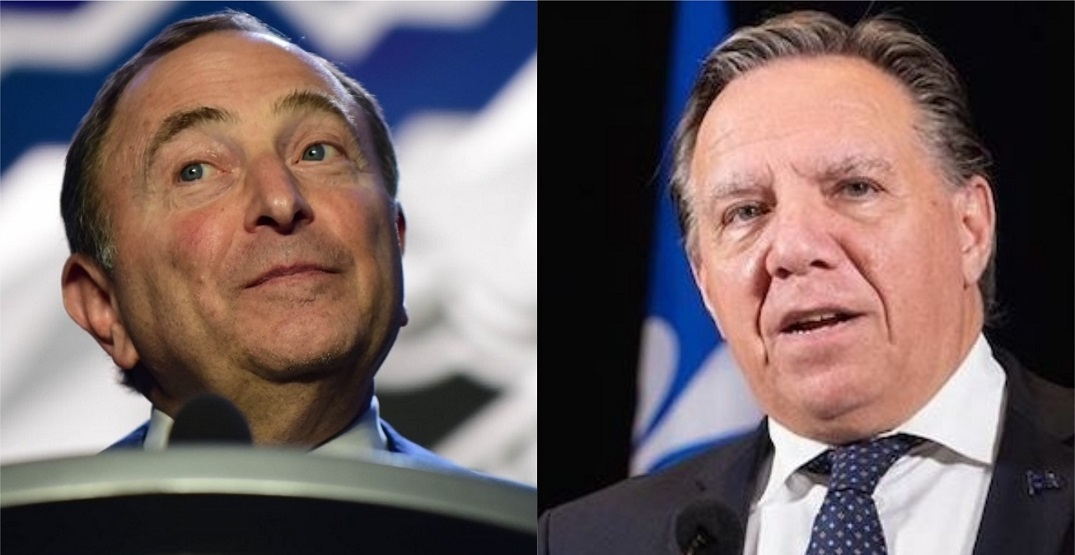 Could the NHL’s Quebec Nordiques be on their way back to the league?

Well, it depends who you ask.

Quebec premier François Legault told RDS during an interview last week that he and NHL commissioner Gary Bettman were discussing the possibility of a return to Quebec City, with meetings set up in the future to hammer out details.

But the NHL appears to be disputing those claims.

Sportsnet’s Jeff Marek reports that while Legault and the league did talk on the phone, NHL Deputy commissioner Bill Daly says that the league is “pleased with what they have,” and that no meetings are planned about the Nordiques’ future.

Marek added that Legault is up for re-election in October 2022, and could be using the Nordiques talk as part of a campaign strategy.

In the interview, Legault touched on how the province has already passed the biggest hurdle — securing an NHL-sized rink.

The Videotron Centre, where the QMJHL’s Quebec Remparts play, seats just over 18,000 and was opened in 2015. It’d be the 16th largest arena capacity-wise were it to host NHL games today.

The Nordiques, who joined the NHL in 1979 after coming over from the World Hockey Association, lasted 16 years in the league before moving to Denver, Colorado, and becoming the Avalanche.