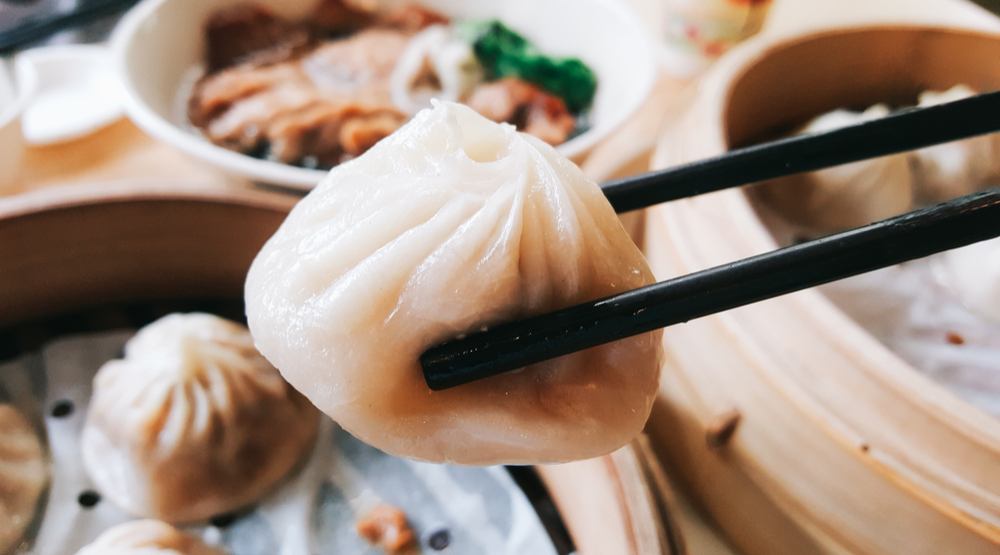 A staple at dim sum restaurants and dumpling houses, XLB (xiao long bao or soup dumplings) are literally translated as little basket buns. Their name is derived from the bamboo baskets they’re steamed and served in.

XLBs are different than your average dumplings; these soup dumplings are usually made to order and have a thin skin wrapped around a meat-based (typically pork) filling and gelatinized meat stock that liquefies when the XLBs are steamed, becoming soup. The soup is definitely the highlight of XLBs, and you definitely don’t want to waste any.

A mark of a good XLB is a delicate yet strong dumpling casing that doesn’t break and let all the soup escape.

There’s no shortage of restaurants that offer XLBs in Metro Vancouver and beyond. From Shanghai River to Chen’s Shanghai Kitchen, Richmond boasts of plenty of places to enjoy these delights. If you’re up for travelling a little further, one of the most lauded restaurants for XLBs is the global chain Din Tai Fung; the closest location is in Seattle’s University Village.

As for XLBs in the city of Vancouver, here are seven places to indulge in the mouth-watering delicacies.

With four locations in Metro Vancouver, including one on Robson Street in Vancouver, Dinesty Dumpling House is known to many XLB-enthusiasts. The dumpling skin is thin and holds an abundant amount of flavorful soup and pork filling. You can even peek the chefs through the glass kitchen methodically wrapping each XLB.

Nestled at the busy intersection of Broadway and Granville, it’s surprisingly easy to overlook this inconspicuous restaurant. Lin features authentic dishes, among which includes their delicate XLBs, filled with tasty soup and a light meat filling.

Located at Main and 33rd, Long’s Noodle House is small, casual, and popular with the locals – for XLBs and a whole menu of Asian cuisine. Their XLBs have everything you want in a soup dumpling: thin skin, rich broth, and ample pork filling.

Peaceful Restaurant was featured on Diners, Drive-Ins, and Dives but popular with the locals long before that. They have seven locations in Vancouver. Along with appetizing XLBs that are packed with flavour, Peaceful also serves up hand-pulled noodles and authentic dim sum dishes.

A no-frills restaurant, Yu Xiang Yuan is located on Fraser Street and delivers hand-pulled noodles along with a whole slew of delicious dishes. Their XLBs have slightly thicker skin than most but are still jam-packed with flavour.

Modern City Chinese Restaurant is situated right in the heart of Kerrisdale and dishes up super juicy XLBs that packs a generous amount of pork in each and filled with a garlicky broth.

A popular dim sum destination, award-winning Kirin has four locations in Metro Vancouver, including two in the city of Vancouver. Their XLBs are big and boast of a bountiful portion of broth. In addition to their soup dumplings, they also have a vast menu of classic dim sum and seafood dishes for diners to enjoy.