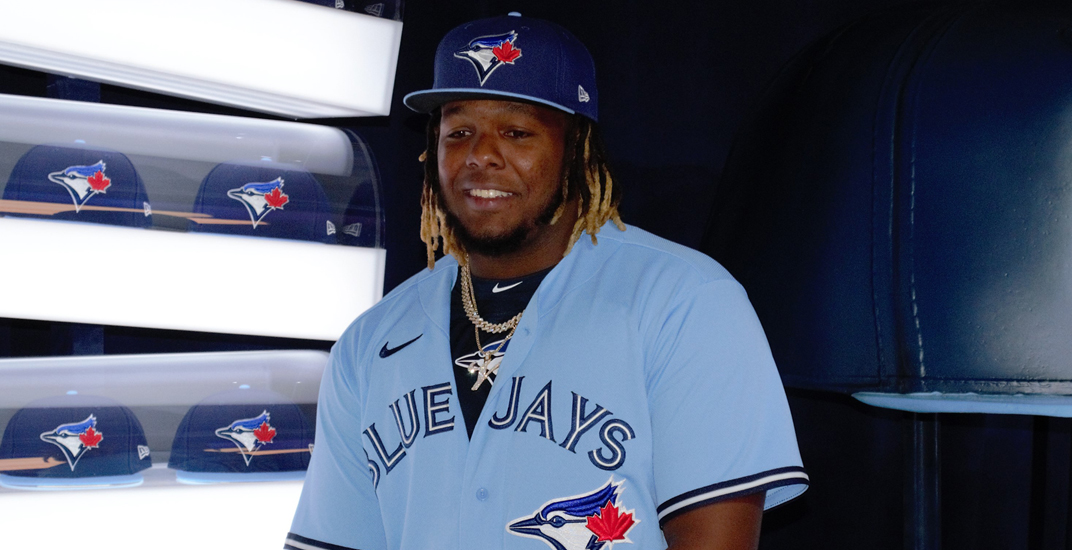 Winter isn’t going anywhere soon, but visions of spring have permeated into the subconscious of thousands of Blue Jays fans itching for the 2020 season to begin.

Winter Fest was aptly titled this past weekend as over 60 Blue Jays players, coaches and alumni braved the winter events in Toronto to meet with thousands of fans at Rogers Centre.

The two-day fan fest was headlined by the team’s #NewBlue uniform reveal on Saturday morning, which saw the team update their classic powder blue look and gave it a modern twist.

The Blue Jays’ new powder blues were the talk of the event and across social media, and the players themselves weighed in on the new threads they’ll be sporting this season for both home and away games.

“I love the way my teammates look,” said Vladimir Guerrero Jr., as he waved off his translator, Hector Lebron. Vladdy wanted to iterate in his own words how good the new powder blue uniforms looked on his teammates during the official “New Blue” reveal.

“I figured the fans would love it because it’s a little old school and it would bring back some feels,” said Bo Bichette, about the Blue Jays’ new baby blue threads being rolled out for the 2020 season.

“I think they need to come down heavily on them,” said Blue Jays outfielder Randal Grichuk in reaction to the punishments doled out by MLB to the Houston Astros for their sign stealing scandal. “I’ve got a few friends on the Dodgers that are very disappointed that possibly two years in a row they lost due to a team going against the rules.”

“I honestly don’t know anything about it,” said Ken Giles, who is the Blue Jays current closer but was also a member of the Houston Astros during the 2017 season. That year, the Astros were implicated in an intricate sign-stealing scheme, which Giles was reluctant to comment about.

“I saw it on Twitter,” said sophomore starter Trent Thornton, who found out about the Hyun-Jin Ryu signing on social media just like everybody else. “Most of the stuff that goes on in the baseball world I find out on Twitter.”

“We were talking about Ryu and I went to be thinking: ‘That would be great’, said Charlie Montoyo on the eve before the Blue Jays signed Ryu. “Then I get up in the morning and they said we were going to get him, and I called Ross (Atkins) right away and said: ‘Great job.'”

“I played one game in centre field in high school,” Cavan Biggio said when asked about the potential of him seeing some playing time in the outfield this year. “That was when my brother was in centre field at the time, got ejected from the game before and suspended from the next game so I had to go play centre field.”

“I think we can surprise some people,” said Ryan Borucki, who’s hoping to have a clean slate for the 2020 season after missing most of 2019 due to injuries. “A lot of people I feel are still writing us off, but I think we can compete with anybody.”

“Sometimes the hitter is just on you and sometimes you are tipping your pitches,” said new Blue Jay Chase Anderson. Sign stealing (without the aid of technology) is as old as the game of baseball and still fair game by today’s standards. “Sometimes I would be higher on a fastball, lower on a breaking ball, the hitting coach or bench coach picks up on that — that’s fair. That’s on me if I don’t make that adjustment.