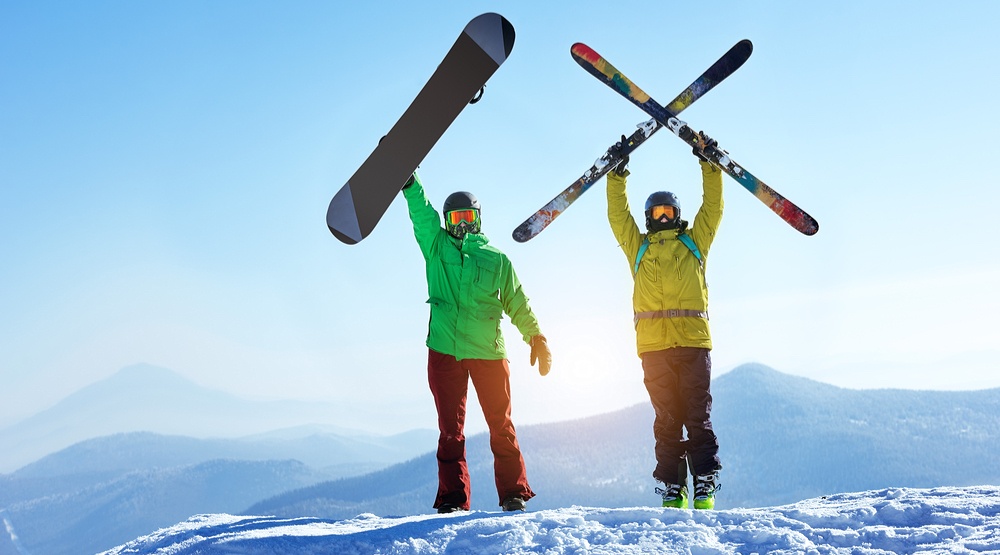 With legendary powder, ample wilderness, and resorts for every type, Canada is a famous skiing and snowboarding destination.

In the east, the major resorts are in Quebec, and in the west, you’re spoiled for choice. Skiing and snowboarding options range from size and luxury in Whistler to adrenaline-rich, cult-status destinations such as Revelstoke and Red Mountain.

Whether you’re an expert or a beginner, here are the 10 best places to ski and snowboard in Canada.

It’s a good day to get after it today. Stay warm out there 📷: @zoyalynch #revelstoked

Ranked first in Canada at the 2016 World Ski Awards, Revelstoke is the cool kid of ski resorts. With over 15 feet of powder so far this season and 3,000 acres of terrain, it even outshines Fernie and Jackson Hole. Because Revelstoke is somewhat remote – it’s five hours from Calgary and six hours from Vancouver – it doesn’t get as crowded as other resorts in the same league.

Where to stay: The Bighorn Lodge, located at the base of Revelstoke Mountain Resort was awarded the World’s best Ski Chalet in 2016 for the third year in a row.

It’s impossible to make a ‘best places to ski and snowboard in Canada’ list and overlook Whistler Blackcomb. The two mountains (Whistler and Blackcomb) combine to make the biggest ski area in North America. Visitors fly in from all over the world to get a piece of the action. With over 200 marked runs, 37 lifts, 16 alpine bowls, and three glaciers, skiiers and snowboarders of every skill level have boundless opportunities for thrills. Plus the well-established village has many fine dining and pampering options.

Heading ip the mountain with Kirk & Digger, one of our avalanche dog teams here in Fernie. #mansbestfriend #lovefernie #photooftheday

Fernie has cult status with seasoned skiers and snowboarders. Known as powder paradise, Fernie Alpie Resort gets an average of nine metres, or 30 feet, of snow annually on its super steep slopes. That’s enough snow to cover a three-storey building.

Where to stay: at the base of the mountain, Fernie Slopeside Lodge is a ski-in/ski-out hotel with indoor hot tubs.

Located in the Okanagan Valley, 45 minutes from Kelowna, this modern resort has convenient ski-in/ski-out accommodation. Even the main street through the centre of the resort is a designated ski run. It also stacks up the accolades. In 2016 it won ‘Best Family Resort,’ ‘Best Grooming,’ and ‘Best Snow’ in Ski Canada Magazine’s Best of Skiing in Canada Awards. More bragging rights: their terrain park was named one of the best terrain parks in North America by USA TODAY 10Best awards.

The sun was out yesterday, and the snow is falling today. We’ll be drawing a winner for our weekend accommodation prize at 11am today. Photo by @alpineimages

Sun Peaks is a favourite resort among families as well as rookie skiers and snowboarders. The ski area is the second-largest in Canada and made up of three peaks: Mount Morrisey, Sundance, and Mount Tod. The pastel-hued village is small and sweet. Most accommodation is ski-in ski-out.

Where to stay: Sun Peaks Lodge in the village for pleasant rooms plus restaurant, bar, hot tub, sauna, gym, and gear rental.

Rossland, the best mountain town anywhere. Do you agree? 📷: @don.p.conway

Best left for the experts, Red Mountain Resort is known for Granite Mountain’s treacherously steep terrain and rugged black runs through trees. But there’s more to the story. The ski area has expanded to include Grey Mountain and Mt. Kirkup, adding glades and intermediate runs to the menu. As a result, it won Most Improved North American Resort and Best Upcoming Resort at the World Snow Awards. Look out, because the rest of the world will soon know about this back-end of BC gem.

Where to stay: once the home of Rossland’s dairy, Red Barn Lodge is five minutes from the slopes and a short walk to the pubs and apres ski in Rossland.

Banff National Park is a UNESCO World Heritage site that dazzles any time of year. In winter, it’s one giant snow playground. Arguably the best ski and snowboard spots in Canada for scenery, Banff and Lake Louise are home to three world-class ski and snowboard areas: Mt. Norquay, the Lake Louise Ski Resort, and Sunshine Village.

Mt. Norquay has gentle terrain and is a great ski hill for families. It also offers night skiing and snowboarding on Fridays and Saturdays.

The Lake Louise Ski Resort is one of the largest ski areas in North America, offering spectacular views, long runs and lots of terrain for all ability levels.

Sunshine Village has more than 3,300 acres of ski and snowboarding terrain, including the massive 12-acre Rogers Terrain Park. Advanced skiers head to Delirium Dive and Goat’s Eye for some of the most extreme in-bounds terrain in the Canada.

Where to stay: in the heart of Banff on Main Street, Banff Caribou Lodge is a basic mountain lodge hotel with a well-liked steakhouse restaurant and a spa.

This popular ski destination is about 130 kilometres from Montreal in the heart of the Laurentian Mountains. Ski Magazine just awarded Mount Tremblant #1 Overall Resort in the east category for their 2017 rankings. Why? Mount Tremblant Ski Resort has diverse terrain, impeccable grooming, and beautiful views of Lac Tremblant.

But it’s the colourful, cobblestoned village that wins visitors’ hearts. According to Ski Magazine, “nothing beats Tremblant in the slopeside-village department. Readers love its vibrant bustle, its colorful architecture, and its distinctly Quebecois sense of place, ranking it No. 1 for Lodging, No. 2 for Après, Character, and Off-Hill Activities.”

Where to stay: if you’re up for a splurge, splash out on lakeside luxury at old world Hôtel Quintessence, Tremblant’s preeminent boutique hotel.

Le Massif de Charlevoix is eastern Canada’s answer to the Rockies. It’s the highest peak you’ll find on this side of Canada, with a 770-metre vertical drop. Le Massif has over 40 alpine runs as well as dedicated snowboarding and Nordic areas. Bonus: the short train ride here from Quebec City along the St. Lawrence River is breathtaking.

Blue is the third most popular ski resort in Canada, coming in on the heels of Whistler Blackcomb and Mount Tremblant. About two hours drive north of Toronto, skiers and snowboarders head to Blue for day and night skiing on 42 trails across 364 acres of skiable terrain.

More draws: Badlands Terrain Park for freestyle folk with features ranging from jumps and rails, to transition and natural hits. New freestyle riders will find a gentle introduction at the Greatest Hits which offers foundational terrain park features. Oh, and did we mention conditions are usually favorable? They’ve got the largest snow-making system in Canada,

Where to stay: Westin Trillium House is a charming, upscale hotel with on site restaurant and spa nestled between the shores of Georgian Bay and the heights of the Niagara Escarpment. It’s also footsteps from the picturesque Mill Pond ice skating rink.

If you’re booking a skiing or snowboarding holiday and want to save, try to score deals on gently used ski and snowboarding equipment in Kijiji’s classified’s section.