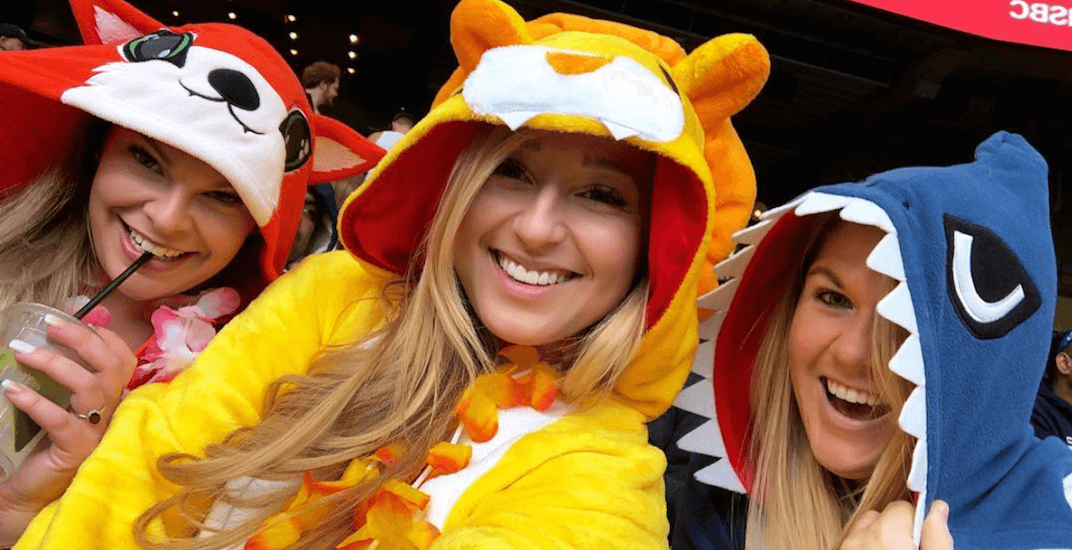 Fans flocked to BC Place for a second straight day of rugby sevens action on Sunday. The third straight visit to Vancouver by the World Rugby Sevens Series was another smash hit at the box office, with approximately 78,000 fans attending the two-day event.

While the action on the field was exciting, the real fun was in the crowd, where spectators embraced the ‘fancy dress’ portion of sevens culture.

Day 1 was a tough act to follow, but the Sunday crowd came up with some creative costumes. Here’s a selection of the best ones:

Dressing up as Team Mario Kart was amazing. Even though I came pretty much deal last here.. #rugby7s #Canada7s

Spotted mugatu at the rugby sevens

Looking forward to a fun day at the rugby! @canadasevens #sofancy7s

“A lion, a shark and a fox meet at a rugby match….”🦁🦈🦊 …there is a punch line in there just waiting to happen #canada7s #rugby7s #adulting