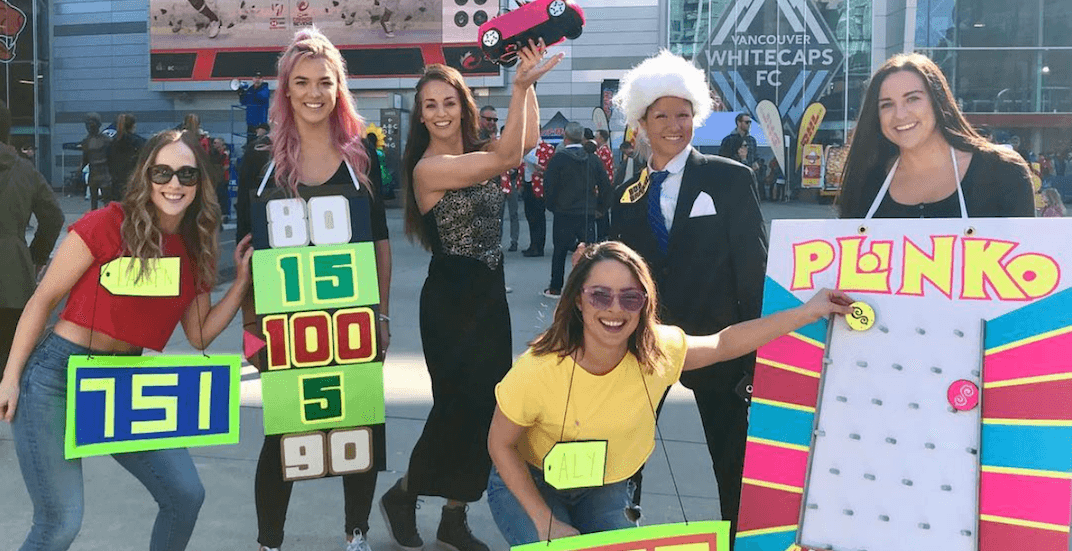 The World Rugby Sevens Series has returned to Vancouver for a third straight year and once again fans at BC Place proved why this is one of the best stops on the tour.

The sold out crowd (they capped tickets at 39,000) had lots to cheer about with Canada’s upset draw in their opening game against Australia.

Relive: @RugbyCanada score in the last play of the game to tie it up and keep their cup quarter final hopes alive at the #Canada7s pic.twitter.com/Ewk6C2k9me

But the real fun was off the field, where the biggest costume party of the year was going on.

Here’s a selection of the best dressed rugby fans from Day 1:

Oh hey didn’t see you there… the games are about to begin! #Canada7s 🇨🇦🎉 #SoFancy

Me and my #unicorn crew at the #Rugby #canada7s #sofancy7s

#sofancy7s in #vancouver. Rugby and costumes all day.

My friends are weird.