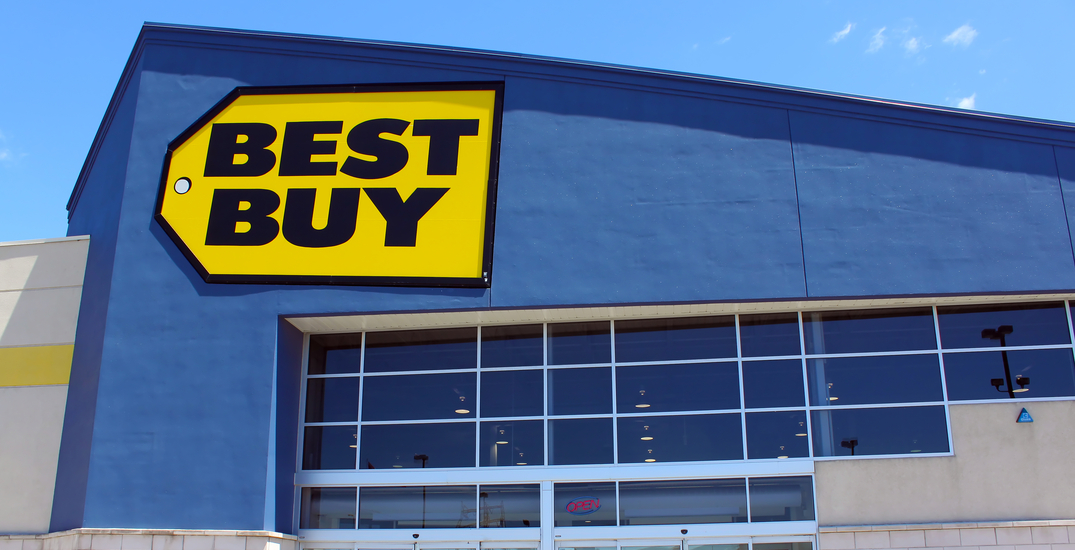 Best Buy Canada has let go of hundreds of employees as customers continue to move online.

A communications spokesperson for the company confirmed to Daily Hive that 750 staff members have been laid off in Canada, of which 660 were part-time and seasonal workers.

“As in the US, we’ve seen consumer behavior change in Canada and so similarly we’ve had to evolve to meet those needs,” said Tara Narain, a senior communications manager at Best Buy Canada.

“This includes adaptations in the way we work, some individuals changing roles or locations, and we’ve had to say goodbye to some colleagues.”

In fourth quarter financials released on February 25, Best Buy reported that online sales had increased nearly 90% from November 2020 through to January 2021 compared to the same period a year ago.

Despite shifting habits, she confirmed that Best Buy Canada would not be closing any of its physical stores, which remain a “vital part” of the customer experience.

“Different models are needed for this new reality,” Narain said. “We have, unfortunately, had to decrease employees in some markets.”