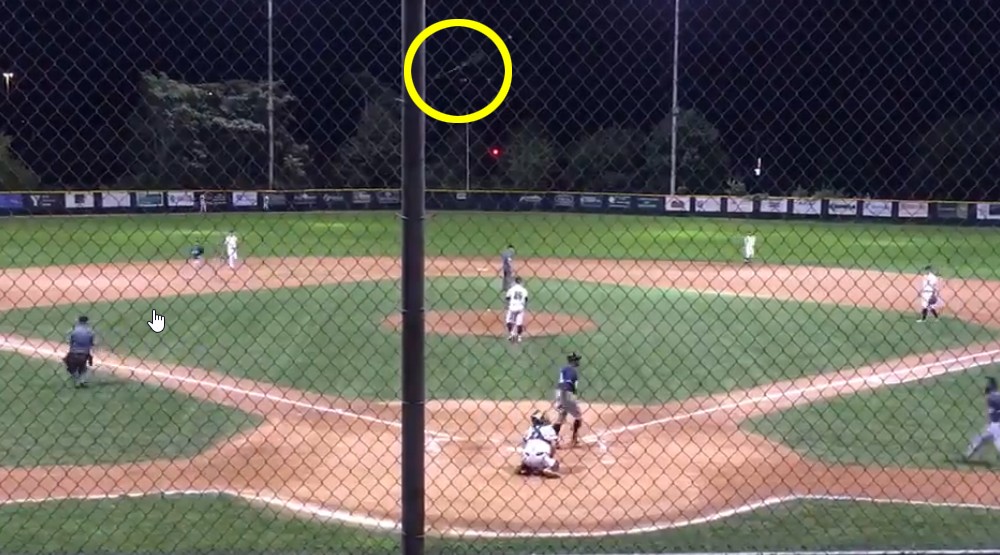 Who says there isn’t drama in independent baseball? Last week’s championship final in the Intercounty Baseball League in Kitchener, Ontario was as dramatic as it could get, underscored by a bat flip that would impress the king of all bat flips: Jose Bautista.

The Barrie Baycats of the IBL won their fifth-consecutive title on the road facing the Kitchener Panthers. The Baycats secured the title thanks to a pair of home runs in the seventh inning, including a moonshot off the bat of shortstop Starlin Rodriguez.

After clubbing a go-ahead two-run home run, Rodriguez milked the moment for its worth with this highlight reel bat flip and reaction. (Hat tip to Ken Hashizume for the video)

This is the controversial 2-run homer from Starlin Rodriguez in the 7th that broke a 3-3 tie, gave @IBLBaycats the lead for good in their series clinching game, and drew the ire of the Panthers. #IBLFinals #IBL100 #batflip pic.twitter.com/kWxuxO6Z7U

He admired every single second of that pitch as it sailed over the left field fence. Rodriguez didn’t move an inch once he hit the ball, standing in the batter’s box for a good five seconds. That’s something you almost never see at any level of baseball.

Then, he took nearly 45 seconds to round the bases before shoving Panthers catcher Mike Gordner at home plate. Both benches cleared after the heated exchange. Despite the late-inning dramatics, the Baycats hung on to win 6-3 and claimed their fifth straight IBL championship.

If you’re ever going to bat flip into oblivion, that would be the time to do it; in the deciding game of a championship series on a go-ahead home run. Opponents may not take too kindly to showing them up like that, but credit to Rodriguez; he demonstrated fearlessness by pulling off that bat flip in a visitor’s ballpark.

The bat flip debate is one that rages on across all levels of baseball. Bautista was met with scrutiny in some circles after his dramatic home run of Game 5 of the 2015 ALDS. Earlier this year, Chicago Cubs rookie David Bote apologized for his bat flip after hitting a walk-off grand slam.

Like anything, there’s a time and a place for bat flips. Rodriguez may have admired his own handiwork a little too much in this instance, but if you can’t bat flip in the championship game, when can you?