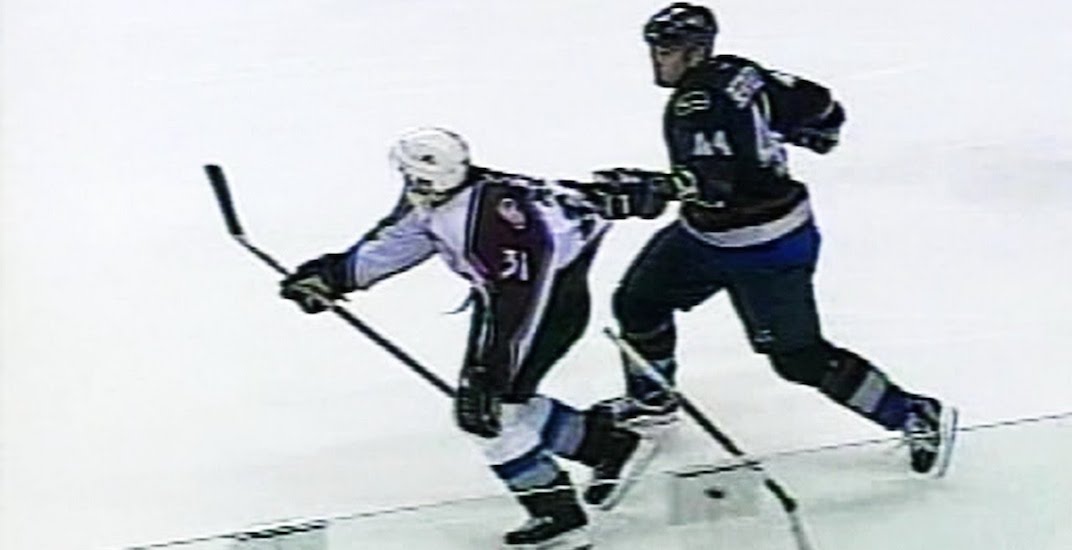 It was a moment in hockey history that changed the lives of two people forever.

Like it or not, Todd Bertuzzi will always be remembered for sucker-punching Steve Moore on March 8, 2004, during the height of the Vancouver Canucks’ rivalry with the Colorado Avalanche.

Bertuzzi was suspended for the rest of the season and later pled guilty to the charge of assault causing bodily harm. But while the Canucks winger was allowed to resume his NHL career 18 months later, playing nine more seasons, Moore suffered three fractured vertebrae and a concussion, never playing another professional hockey game.

Prior to the out-of-court settlement of a multimillion-dollar civil lawsuit on August 19, 2014, Moore told Sportsnet that he was still dealing with effects of the incident.

“I still have a bunch of things, but headaches, lower energy than I used to [have], requiring more sleep — things like that,” Moore said in a March 2014 television interview, confirming that injuries didn’t allow him to play hockey anymore.

One of the key figures from that incident has now spoken up, and he made some bold claims.

On a recent episode of Sportsnet 650’s Greenmen Radio, hosted by Adam Forsythe and Ryan Sullivan, former Canucks player Brad May appeared to doubt the severity of Moore’s injuries.

“Todd Bertuzzi got railroaded by the National Hockey League,” said May, who had two goals and 47 penalty minutes on that infamous evening.

“Obviously there was a terrible thing that happened in the game of hockey, it was reported that way.”

“There was a player injured, obviously Steve Moore. It’s gone through the legal realm, and he’s been settled in court civilly. So now I can talk about it.”

May said that while the incident was “regrettable” and he felt “terrible” for Moore, calling it “one of the darker moments in the game,” he said he felt worse for Bertuzzi.

“I can tell you this, Steve Moore is perfectly fine,” May said. “Two and a half weeks after he was hit, Steve Moore was in a pool, wasn’t wearing a neck brace, and was having fun. You know why I know that? Because we knew this thing was going to go to another level in the courts.

“And by the way, no different than insurance fraud, when a guy says I can’t go to work for workman’s comp, they catch him because he’s roofing his house, and he’s doing things, and he just doesn’t want to go back to work. That was the case for Steve Moore, and I believe that.”

These are certainly some bold statements, but May didn’t back down from them, circling back later in the interview.

“But Steve Moore’s okay today, so we don’t have to worry about him. And I do feel bad that nobody can actually be honest and tell the truth about exactly what happened and how they feel because people of [political correctness]. And I do believe that. I think Vancouver Canucks fans deserve so much more, because Todd Bertuzzi was such a great player at that time.”