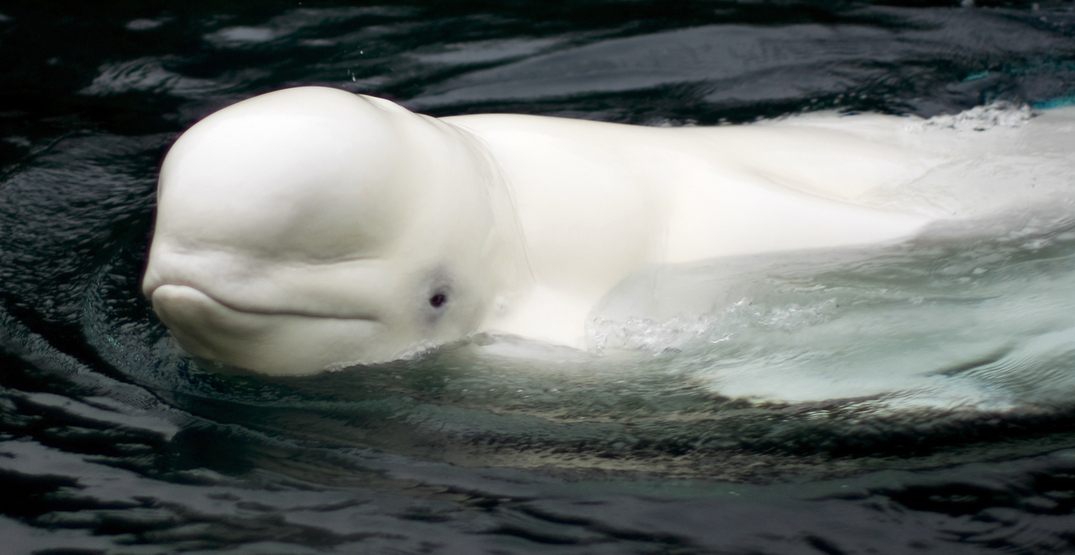 Two resident whales owned by the Vancouver Aquarium are being shipped out of the country, and transferred to the facility’s partner Aquarium, Oceanográfic, in Valencia, Spain.

In a statement provided to Daily Hive, the aquarium said the move follows its announcement last year that it will no longer house or display cetaceans.

Late last year, the federal government announced  Bill S-203, the Ending the Captivity of Whales and Dolphins Act, which makes it an offence to keep captive, breed, import, or export a whale, dolphin or porpoise.

The Vancouver Aquarium said the decision to move the two aquarium-born belugas was “made in their best interest,” and not because of politics.

“We continue to be active participants in the regional marine mammal taxon advisory group, in which our biologists work collaboratively with other population scientists to make recommendations for the management of belugas in human care — everything from best practices in animal welfare to population demographics and sustainability,” the aquarium said.

“Doing so sometimes requires the transfer of animals between facilities,” it added. “We remain committed to caring for whales and dolphins in the wild and those in human care, including those few we still own.

The facility noted that the pair of cetaceans will join a small social grouping of whales already at Oceanográfic, and will receive “exceptional care” while they are there.