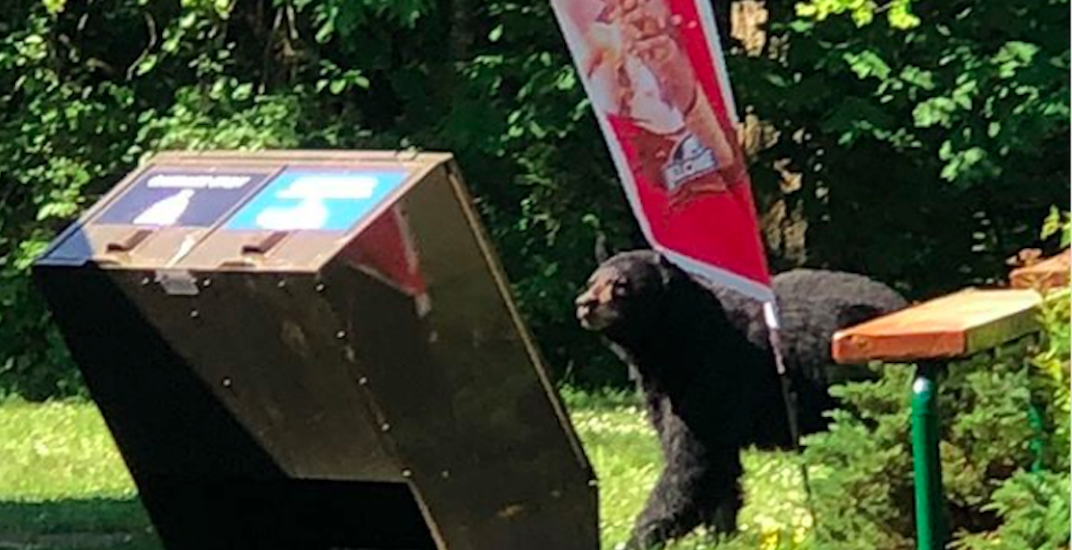 A pair of wandering bears who stumbled across an unattended food source today has resulted in the closure of a portion of Belcarra Regional Park, until further notice.

The incident began earlier today, at approximately 11:30 am, when two bears were observed in the area.

Operated by Metro Vancouver, the park is divided into two areas: a picnic area close to the ocean and a set of forested trails. According to park officers, bears are observed in the area from time to time. The typical procedure includes the sounding of an air horn, which is usually enough to scare them away.

The bears managed to get into a family’s picnic food and began to wander the sheltered picnic area. A park officer sounded an air horn, however, only managed to scare one away. The other bear remained and staff had to pull public away.

Officers called the Conservation Officer Service and at 12 pm, they were advised to close off part of the park.

At the time of the event, there were several families, trail users, as well as a school group of 30 elementary school students. The families were safely evacuated from the area, all trail users were warned in advance, and the school group was moved safely to the wharf area and kept out of danger.

Their school bus wasn’t returning to the park until 2 pm, so they remained under supervision until that time.

According to Marcel Labreche, Supervisor of Park Operations, nobody was injured, nor were any bears, and the biggest issue was the bears getting into the food source.

The Vancouver Park Board and Labreche remind that patrons are urged that they “don’t feed the bears, don’t leave food unattended, ensure to put your food away, and discard all scraps into bear-proof bins around the area.”