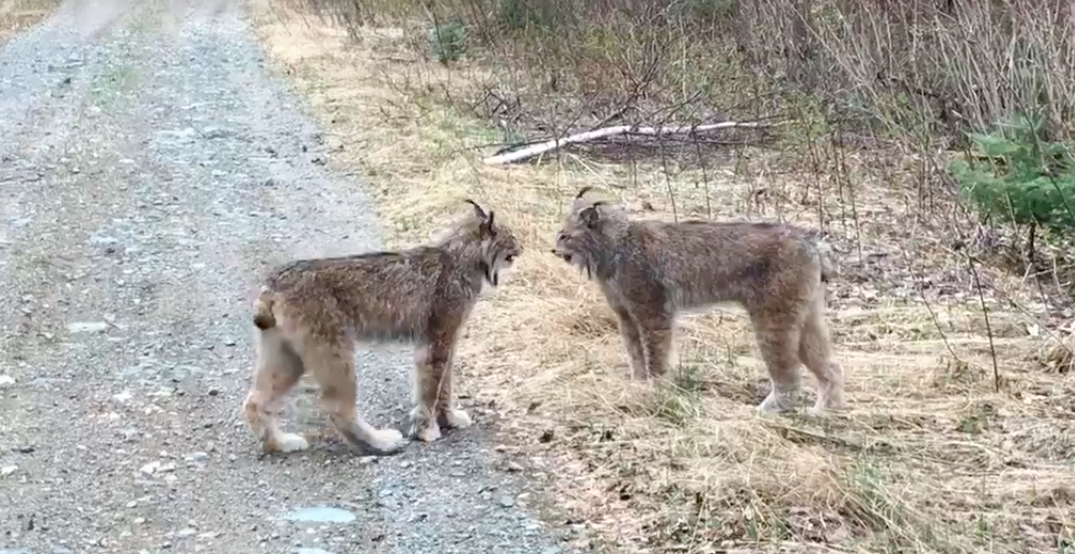 A rare sighting of Canadian lynx has gone viral.

Northern Ontario residents Nicole Lewis and Ed Trist were out at Avery Lake on Friday, when they came upon the lynx.

Not only did they capture two lynx together, they were filmed yelling at each other. Loudly.

According to Canadian Geographic, Canada Lynxes can be found in forested areas and make their dens underneath fallen trees, tree stumps, rock ledges, or thick bushes.”

The rare animals are very territorial, and males live alone and are usually only found around other lynxes during breeding season, in winter.

So it’s not clear what these two were doing.

The video has been seen over 10 million times between Lewis and Trist’s accounts.

Chris Enright, head of veterinary services at Assiniboine Park Zoo in Winnipeg, told CBC that if it was earlier in the season, he would suspect it was a male and female breeding.

“This is a little late in the season, but animals don’t always read the textbook of when they’re supposed to do things, so it certainly wouldn’t have been impossible for one of those two lynx to have been a female that was torn between wanting to interact not wanting to, if you will,” he said.

Enright also added that there’s a possibility it was two males competing for a female, or that it was two cats who simply crossed paths and are letting each other know about their territories.