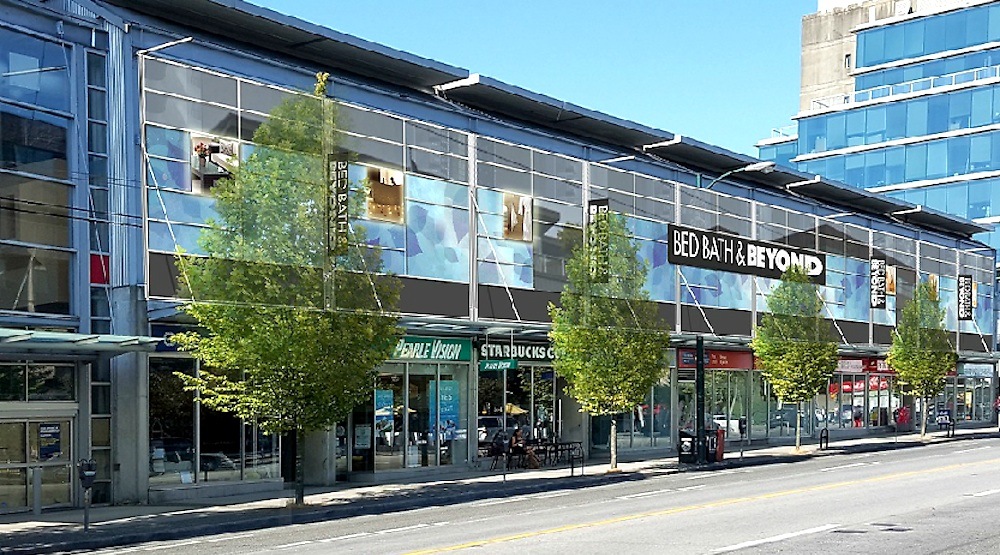 Nearly two years after Future Shop decided to shutter its doors across Canada, many of the former store locations still remain vacant or are leased on a short-term basis by seasonal retailers. And as these are sizeable store locations, they have left a vacuum at certain shopping malls and retail districts.

But that’s no longer the case for the now-closed electronic store’s former location at 1740 West Broadway, just east of Burrard Street, in Vancouver. The 38,000-square-foot space on the entire second floor of Broadway Centre reopened earlier this month with lifestyle retailer Bed Bath & Beyond.

This is Bed Bath & Beyond’s 11th store in British Columbia and the first store within the city of Vancouver. There are currently over 1,500 locations worldwide.

In March 2015, Future Shop closed 65 stores across Canada and converted another 65 stores into the Best Buy locations. Other closed locations in Metro Vancouver include Coquitlam Centre, Langley Centre, North Vancouver, Lansdown Centre and Sweden Way in Richmond, and Central City in Surrey.