It’s a truly Vancouver problem. Take one beaver, one seawall, and a whole lot of construction – and you get one confused critter.

Unfortunately, that’s exactly where this beaver found himself on Tuesday morning as he tried to navigate a temporary fence in False Creek.

And that fence, put up during work to widen the seawall next to Charleson Park, is inconveniently right in the way of our beaver’s favourite pond.

The whole thing was caught on camera by local runner Conrad Olson, who was surprised by the beaver while out for his morning run along the seawall.

“He was obviously trying to get through to the pond,” said Olson in a message to Daily Hive. “He looked a little confused, but didn’t seem to be bothered by people at all.”

Olson said one of the other bystanders pointed out there was a hole cut in fence for the beaver further along the path, but the critter couldn’t find it.

This wasn’t the first close encounter Olson had with the beaver in recent days – last week he spotted the same furry friend swimming next to the wall.

“It was really cool. I’m originally from the UK, and the only other time I’d seen a beaver was from a distance in Stanley Park,” said Olson.

A spokesperson for the City of Vancouver engineering department confirmed the fence went up on Labour Day.

“The City and Park Board are continuing a process to improve conditions for people walking and cycling along the South False Creek Seawall between Burrard Bridge and Cambie Bridge,” said the spokesperson by email.

The spokesperson said the the fence will remain in place in various configurations until the seawall improvements are complete in spring 2018.

“Full walking and cycling access will be maintained until Thanksgiving, after which time sections of the seawall will be closed and detours will be in place,” said the spokesperson.

“A hole was cut in the fence to accommodate the beaver.” 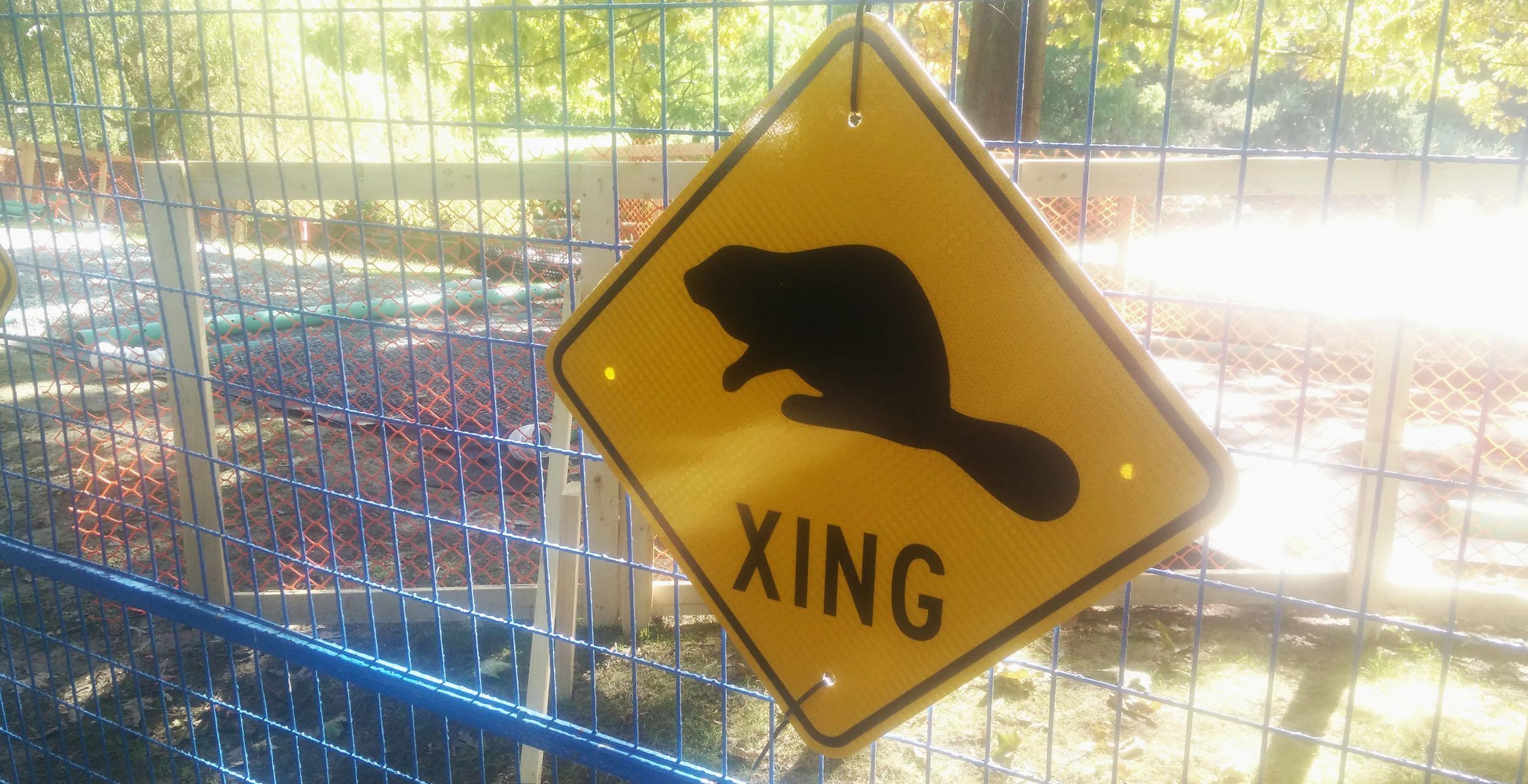 Olson noted there’s also plenty of signage out, warning that beavers are crossing the seawall at that point, but perhaps the beaver needed a little more help today.

“When I posted the video on Facebook, one of my friends commented that it looked like the beaver was drunk. Maybe he was coming home after a big night out.”

Editor’s Note: This story originally quoted the City of Vancouver saying the fencing would stay up until the the end of October. However, we updated this story on September 27, 2017 to reflect the latest information from the City.