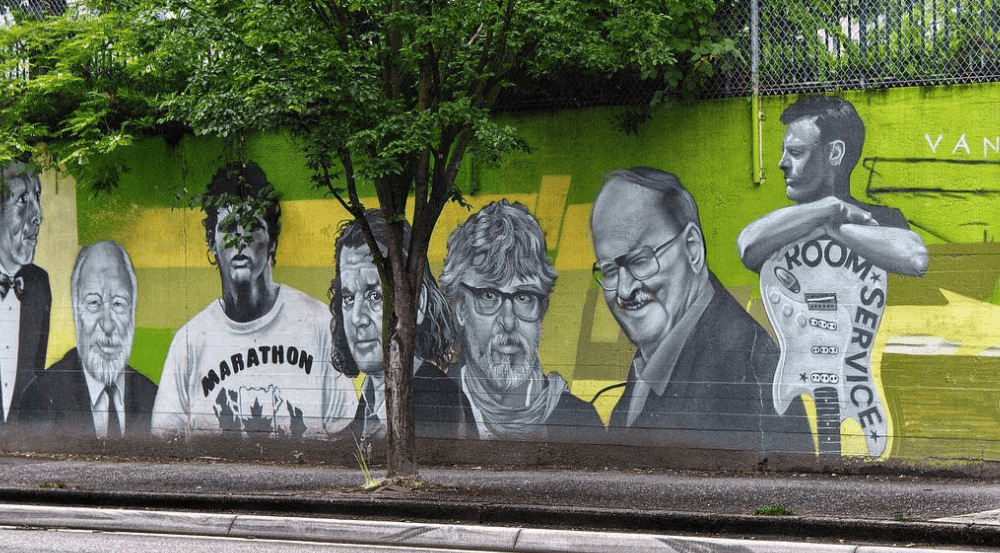 The Beatty Street mural is currently being painted over and is set to be replaced by a new Indigenous-inspired piece of public art.

The block-length stretch of street art had become one of the city’s most popular spots, celebrating people who have influenced Vancouver with portraits of the likes of David Suzuki, Jimi Hendrix, Chief Joe Capilano, and Joe Fortes.

As the mural comes to its end, we thought we would revisit it in all of its colourful glory. Here are 19 photos of Beatty Street’s iconic mural.

Lived in Vancouver for nearly a decade, and still so much I haven’t truly SEEN. . . . #jimihendrix #mural #vancouver #explore #streetart #citylife #art #brunch

Art in a frame is like an eagle in a birdcage.🌁

A post shared by Gauthier (@surintendantfouquetetsonjouet) on Jul 29, 2016 at 8:51am PDT

A post shared by Gauthier (@surintendantfouquetetsonjouet) on Jul 31, 2016 at 6:54pm PDT