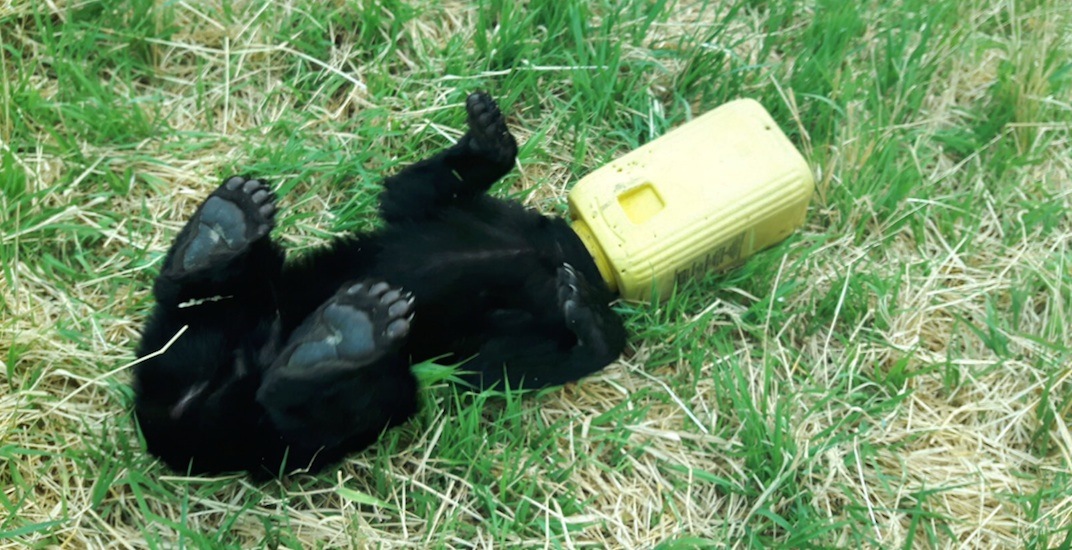 The young bear cub got its head stuck in an olive container near the Elephant Hill wildfire. (BC Conservation Officer Services)

It was almost as if it were a scene from Winnie The Pooh.

A young black bear near the major wildfire at Elephant Hill, close to Cache Creek in the BC Interior, had to be rescued after it got its head stuck in a bulk olive container.

According to BC Conservation Officer Service, ranchers in the area contacted authorities after they found the bear struggling with a container seemingly firmly affixed to its head.

Officers responded to the report and the container was successfully removed from the bear’s head.

All he wanted was some olives.