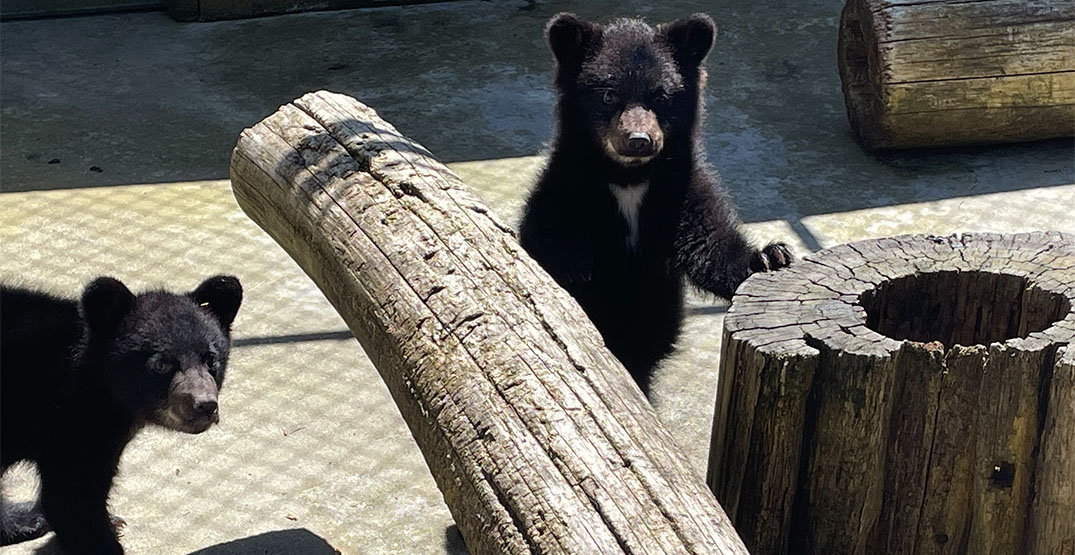 A bear cub is being cared for by a wildlife rescue organization on Vancouver Island after it wandered into somebody’s home through the cat door.

The North Island Wildlife Recovery Centre (NIWRA) shared a photo of the adorable baby bear on June 14, saying conservation officers collected it from a home in Campbell River, BC.

“The was just scared and alone,” animal care supervisor Derek Downes told Daily Hive. “It got separated from its mother, or something happened to its mother.”

Conservation officers searched for the cub’s mother nearby, but couldn’t find her. Ultimately, they made the decision to rehabilitate the cub.

Downes said little bear is a great candidate for rehabilitation and release because it’s still wild and afraid of humans — not habituated at all.

“He was not trying to get after food or anything like that. I can speak very plainly to the wildness of the cub — he wanted nothing to do with me when he got back to the centre.”

Bear cubs will sometimes run up a tree to safety or hide in bushes, Downes said. He believes that’s what the cub was trying to do — find a safe hiding spot.

The bear weighed just under 14 pounds when it came in, and the rescue centre is asking for donations of blankets, eggs, and sardines packed in water for the bear cub.

It’s staying at the centre along with another cub who was rescued from the southern end of Vancouver Island. NIWRA hopes to release the Campbell River cub next year when it’s bigger.

Downes said the centre has been rehabilitating and releasing cubs for years and just released six bears back to the wild this year.

“This is just a stage for them. Their home is back in the wild, and that’s where we want them,” he said.

NIWRA is located Errington, BC, and has been helping wildlife since 1985. Take a closer look at how young bears get rehabilitated: