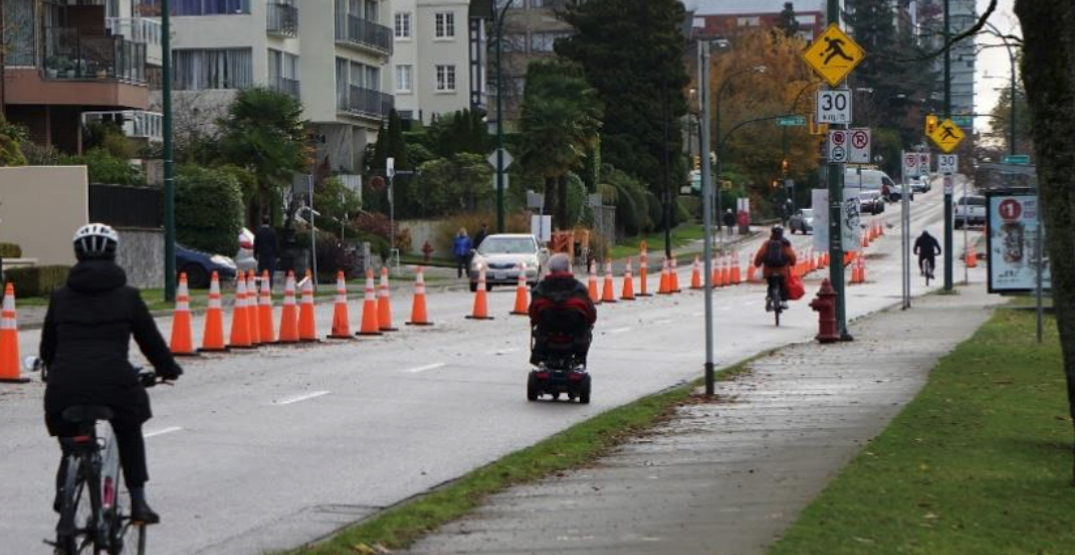 The temporary bike lane on Beach Avenue in downtown Vancouver’s West End will be reconfigured to allow for the return of vehicles traveling in the eastbound direction.

The two-way protected bike lane on the roadway’s eastbound travel and curbside lanes was implemented in early April as a COVID-19 measure to provide pedestrians with more space on the seawall.

After receiving concerning public feedback on the continued impact on TransLink’s No. 23 Beach/Main Street Station bus route, which has been rerouted several blocks north to Davie Street ever since the roadway changes, the municipal government will begin work next week to restore eastbound and vehicle bus access between Denman and Jervis streets. 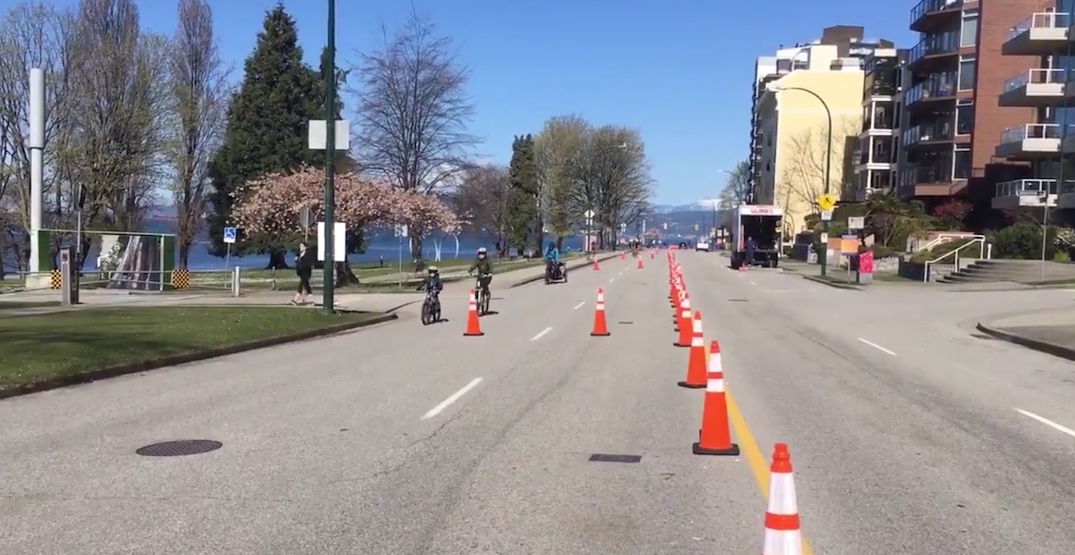 The forthcoming changes include replacing traffic cones with concrete barriers to reopen the eastbound travel lane and retain the two-way protected bike path, and improving pedestrian crossings at key locations such as painting zebra crosswalks and adding median islands to shorten the crossing distance for people walking.

The city will also work with the Park Board to provide accessible parking in the waterfront parking lot near Bute Street.

Restoring eastbound vehicle access may be delayed as it relies on completing all other project components first. The new design, especially with the use of concrete barriers, will help reduce the cost of maintaining the bike lane.

The city’s online survey on Beach Avenue’s temporary bike lane and the impact to the seawall path attracted over 2,500 responses earlier this fall.