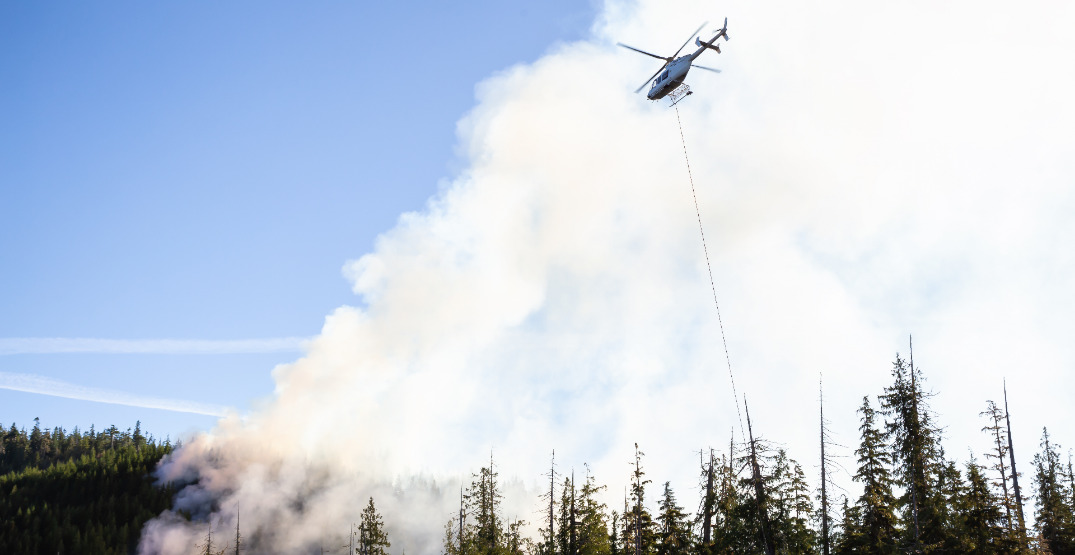 Trudeau made the announcement Wednesday in Vancouver, as more than 260 wildfires burn across British Columbia.

“We will be there with whatever BC and British Columbians need to get through the season,” he said.

The Liberals say through parts of this fire season, Canada faced a shortage of up to 1,000 fire personnel, and they are pledging $50 million to train that number of firefighters.

Fire personnel from the United States, Mexico and Australia have been dispatched this season to help fight wildfires across the country.

The Liberals would also put $450 million toward provinces and territories investing in equipment to fight wildfires.

Trudeau says there is a climate emergency and the safety and security of Canadians is at stake. The Liberals promise “an ambitious new plan” to help people protect their homes from extreme weather.

Trudeau said this includes an expanded home retrofit program that would help people afford everything from fire-resistant roofing shingles to better waterproofing for their basement.

Through the new Climate Adaptation Home Rating Program, Canadians would be able to access experts who can guide homeowners through the retrofits process.

Trudeau said the Liberals also have a plan to work with industry to keep insurance premiums affordable amid the new risks.