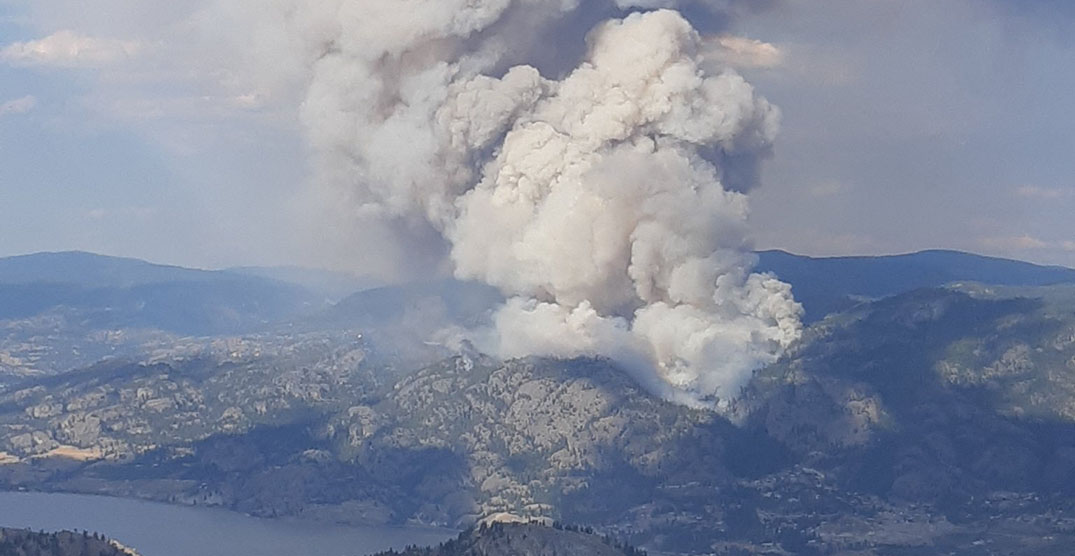 A travel warning has been issued by the provincial government for parts of British Columbia’s Interior region.

The announcement was made on Friday afternoon by Minister of Public Safety and Solicitor General Mark Farnworth and comes as BC’s wildfire situation continues to worsen.

The warning is in effect for the following communities: 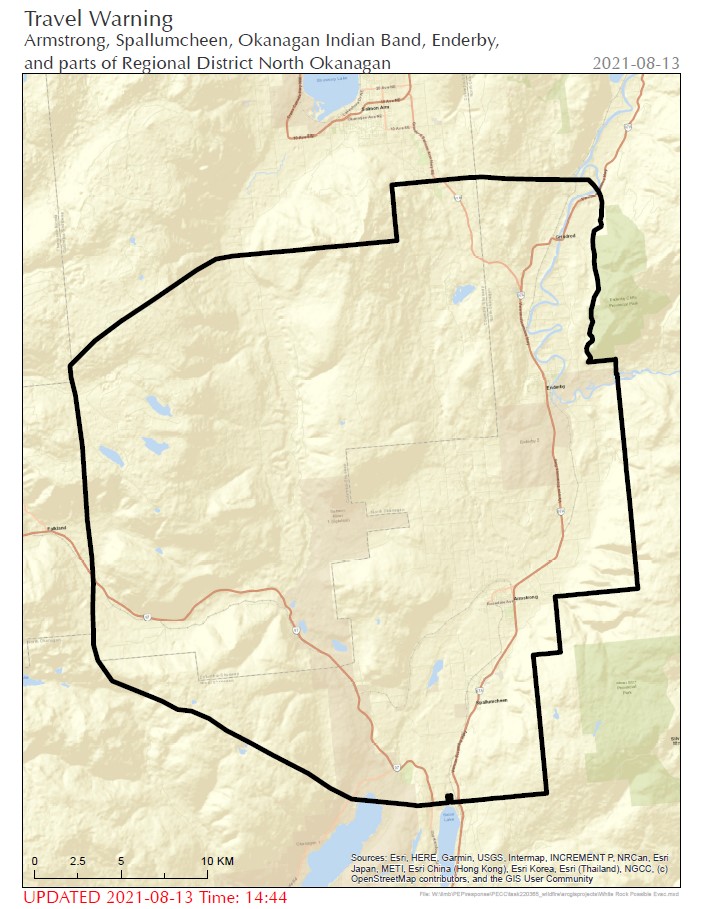 A travel warning is in effect for parts of BC’s Interior (EmergencyInfoBC).

“Increased fire activity in the area is forecasted over the weekend, including significant winds that will move fires quickly due to the nature of the terrain,” says Emergency Info BC.

The province is currently preparing additional evacuation orders and alerts and says that the next 72 hours will be “critical.”

“While we are acting out of an abundance of caution, this situation is very serious and could get worse quickly,” Farnworth said in a statement. “If you were planning to travel to the area, now is not the time to do so.”

Non-essential travel to and from Central Okanagan should also be avoided due to the current regional COVID-19 outbreak in place.

As of BC’s most recent wildfire update, which includes information from up to Thursday evening, there are currently 268 wildfires burning in the province. Since April 1, 2021, there have been a total of 1,486 wildfires and 660,071 hectares of area burned.