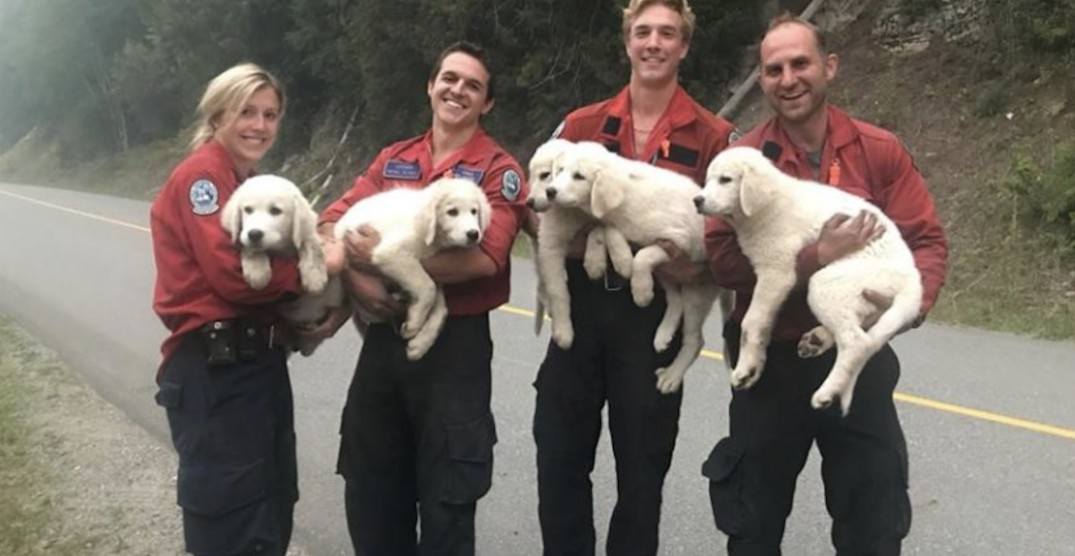 With wildfires causing destruction across BC, there is one positive story — involving puppies — that took place over the weekend and it’s guaranteed to brighten your mood.

On August 19, a group of BC firefighters were heading back from fighting a blaze in Kamloops when they found five lost puppies on the road.

The firefighters got in touch with local authorities and determined that there were no nearby homes where the puppies could have escaped from.

The crew decided to bring the puppies with them and they are now being well fed and cared for.

The BC Wildfire Service says that the SPCA has also been contacted.