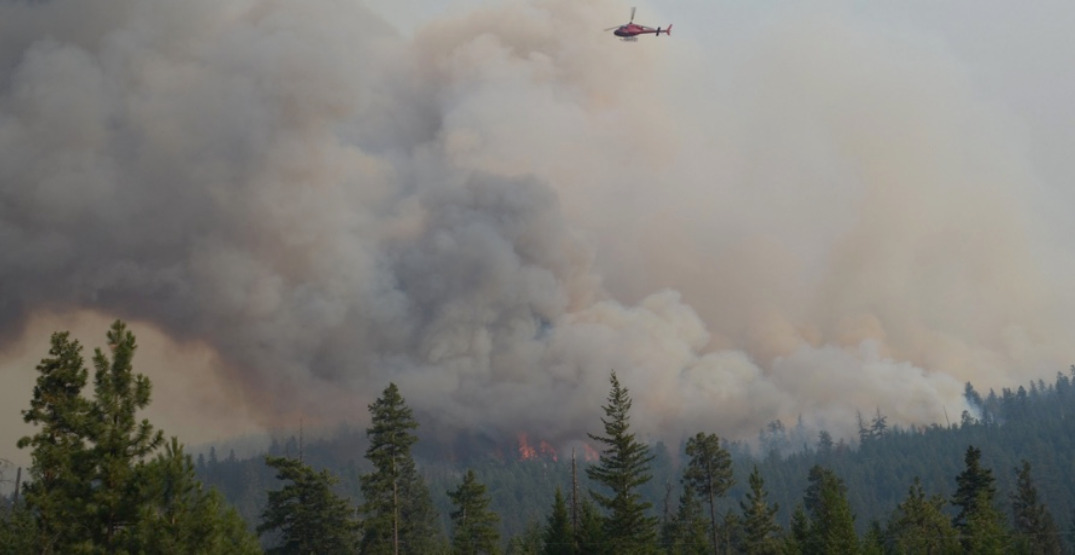 Emergency Management BC and the BC Ministry of Forests have released statistics highlighting the sheer devastation caused by wildfires in the province.

The release outlines the various impacted regions, the amount of destruction, and the number of people attempting to battle the wildfires.

As of Wednesday morning, 295 active wildfires are burning across the province.

To put that into perspective, one hectare equals about 2.45 football fields.

The Kamloops fire centre has experienced over one-third of that destruction, with 110,043 hectares already burned in the region.

There are currently 3,180 firefighters and other personnel fighting the fires, including 135 out-of-province firefighters. The number also doesn’t include the up to 350 Canadian Armed Forces members the federal government have sent in.

Elevated winds paired with extremely dry fuels has increased the fire activity and rate of spread on the Octopus Creek wildfire (N51800). #BCWildfire Service crews were forced to pull off the fire because of the significant safety risk posed by aggressive fire activity. pic.twitter.com/wUYV57qx9E

44 evacuation orders are in place, along with 74 evacuation alerts. These numbers are also likely to fluctuate.

It’s important to have a plan in case you must quickly leave your home. Check in on loved ones and your neighbours to make sure they’ve got an evacuation plan in place. #BCWildfire
Learn more here: https://t.co/ILoz5U0B89 pic.twitter.com/iBrzki5Ih4

You can support the people and communities that wildfires have impacted by going to www.EmergencyInfoBC.ca, and clicking on “recovery and supports.”