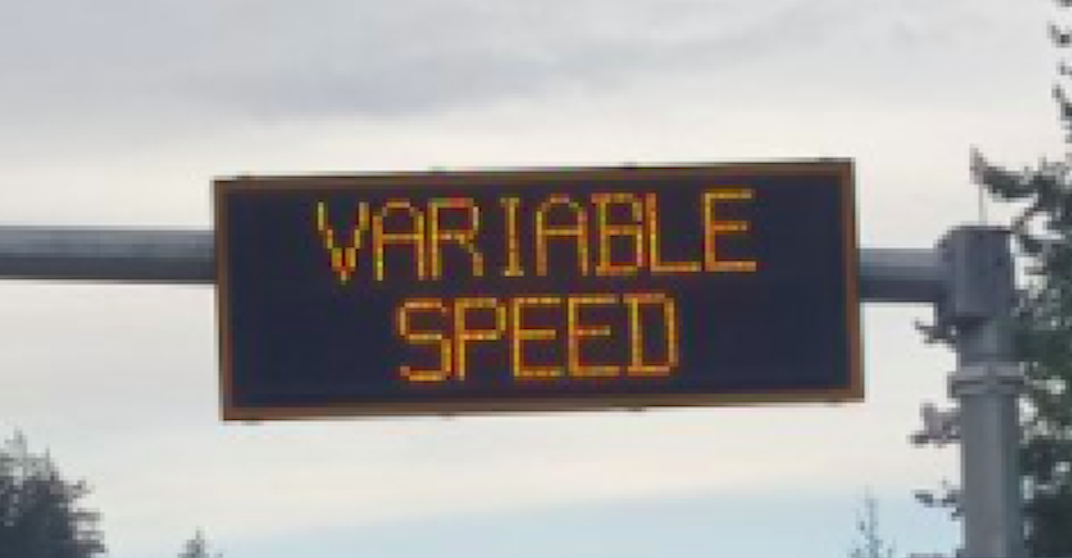 Stretching 24 km between the Sumas River Bridge in Abbotsford and the Prest Road overpass in Chilliwack, the system lowers the speed limit to slow people down before they reach stop-and-go traffic. 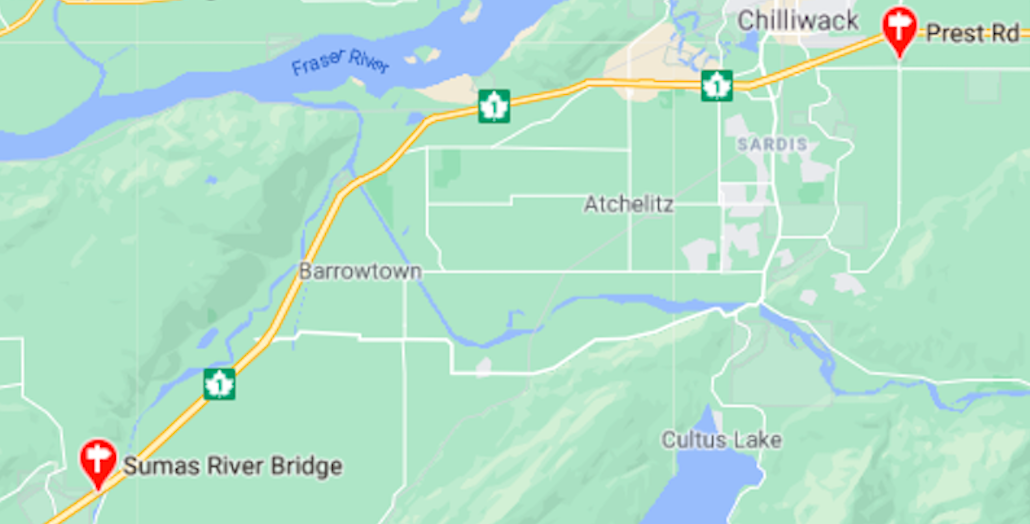 The goal is to help reduce the number of collisions that can happen when drivers don’t notice vehicles are stopped on the highway ahead. The system also adjusts speed limits based on road and weather conditions.

The province said this particular stretch of highway was chosen because “it’s heavily travelled and has a high number of collisions.” According to the ministry’s figures, traffic on the Highway 1 corridor has grown steadily over the past six years, from an average of 45,500 vehicles per day in 2013 to 54,000 counted in 2019 (as counted just west of Vedder Road in Chilliwack).

What drivers can expect

The Highway 1 Fraser Valley corridor has two “gateway” Dynamic Messaging Signs (DMS), one for each direction of travel on the corridor. Together with static signs, these gateway DMS advise drivers they are entering a variable speed limit corridor. If a reduced speed limit is in effect along the corridor, gateway DMS can also post road-weather or traffic-related information.

How speed limits are set

There are multiple traffic and road-weather sensors installed along the corridor. Traffic sensors are installed approximately every 500 m to collect traffic data; meanwhile, multiple road-weather sensors measure driving conditions such as level of grip, visibility, temperature, and surface status. All this data feeds into the system’s algorithms, which then propose a speed limit.