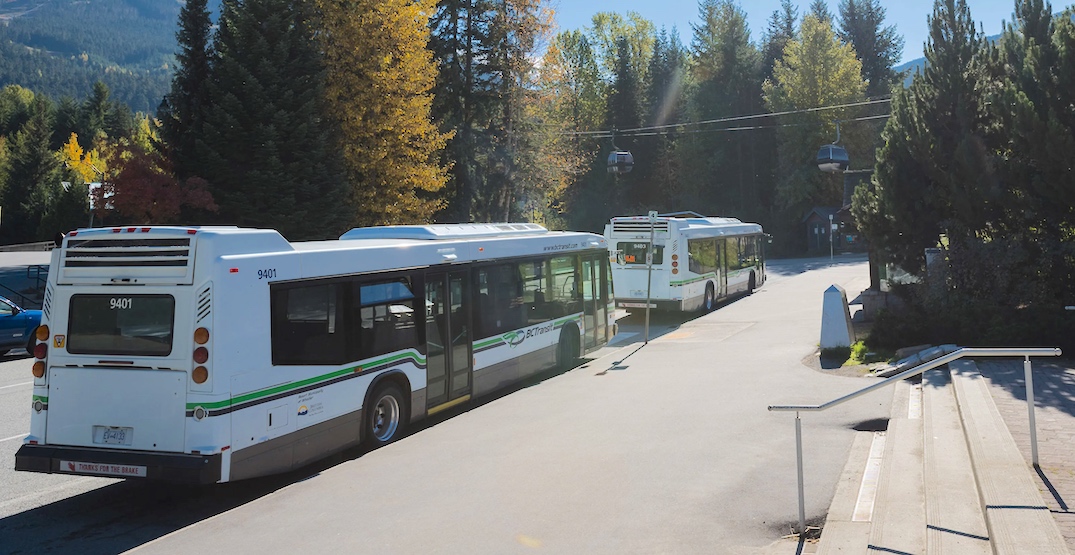 BC Transit buses in Whistler Village. (BC Transit)

After four-and-a-half months, or 136 days to be precise, the strike of bus drivers and maintenance workers on BC Transit’s Sea-to-Sky corridor’s public transit system has finally ended.

Members of Unifor Local 114 who work for Pacific Western Transit — the third-party contractor for BC Transit — voted on Tuesday in favour of a new contract with their employer.

This effectively ends the longest public transit strike in the history of British Columbia.

An agreement was reached after the provincial government’s May 31 intervention of appointing special mediator Vince Ready to propose a solution.

The union and their members have been asking the employer to address the high cost of living and wage disparities.

The new five-year collective agreement, retroactive to April 2020, includes annual wage increases of 1.5%, 2%, 3%, 3,%, and 4% — a total 13.5% increase over the term of the contract, plus a 2% signing bonus for 2022, which brings the overall increase to 15.5%. Additionally, the members won concessions on their pensions, and gained benefit coverage for part-time workers, who were previously excluded from the benefits plan.

“We were successful at closing an unacceptable wage inequality between transit workers in Vancouver and the Sea to Sky region,” said Gavin McGarrigle, the Unifor Western Regional Director, in a statement.

“Unifor members have set the standard for workers across British Columbia. As inflation rises, wages must keep up. We will take this principle to negotiations in every sector. Workers demand fair wages and a decent standard of living.”

The union represents over 80 workers who voted to strike in August 2021. The strike and service disruptions first began on January 29, 2022.

Although the strike has now ended, the prompt restart of BC Transit’s bus services in Squamish, Whistler, and Pemberton, after such a prolonged downtime in operations, is an entirely different matter.

In a statement issued by BC Transit following the union membership’s vote, the public transit authority states it will provide a “safe return to service date and will update everyone as soon as possible.”

There will also be a promotion to welcome back public transit riders.

“We understand the impact this labour dispute has had on the communities and our customers, and sincerely apologize for the inconvenience,” reads the statement by BC Transit.