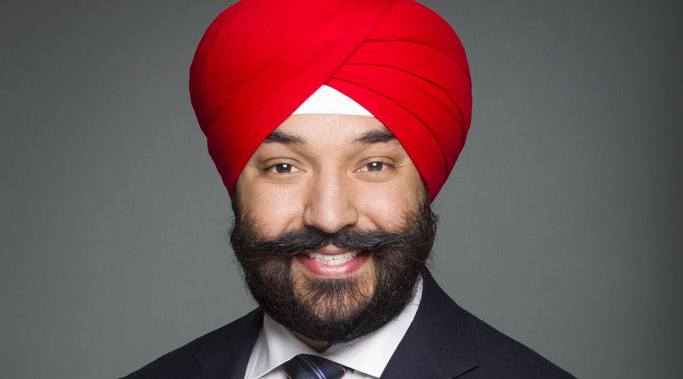 The #BCTECH Summit is taking place this week in Vancouver, hosting a large cast of speakers ranging from quantum scientists to teenage app developers.

Federal Minister of Innovation, Science, and Economic Development Navdeep Bains will also be speaking at the summit, the largest of its kind in BC.

Bains sat down with Daily Hive to discuss where BC’s tech industry is heading, and how the federal government is working to make things easier for entrepreneurs in Canada.

He explained the #BCTECH Summit speaks to a larger understanding that technology now prevails in every single sector.

“Every company is a tech company, and in a digital economy we really need to step up our game,” said Bains. “We’re really in a global innovation race; other jurisdictions are making big bets on innovation and technology and in Canada we need to demonstrate the same.”

Bains says the government has invested $2 billion in updating facilities in universities and colleges across Canada, “to have state-of-the-art facilities where people can get a world class education, particularly around science, engineering, and mathematics.”

The government is also working on implementing its Global Skills Strategy, which aims to make it easier for low-risk, high-skill workers to acquire visas in a timely manner, making Canada a more attractive country for entrepreneurs building a business.

“We don’t have a monopoly on good ideas, good ideas can come from anywhere, anyone. The focus is using the Global Skills Strategy to say we truly are open to trade, open investment and open to people,” said Bains.

As for young Canadian entrepreneurs, Bains offered a word of advice on being innovative in such a fast-paced, tech-driven world.

Tickets: Sold out, though a free livestream is available at bctechstrategy.gov.bc.ca/live/